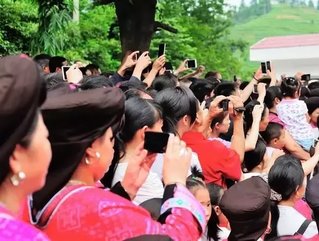 Qualcomm has now had long-standing battle with tech giant Apple. With Qualcomm receiving royalties from the company even when it has sold its chips and smartphone modems to the technology company. Qualcomm is therefore receiving twice the number of royalties than to be expected by traditional companies, even when the chips are not used by Apple for any possible reason.

The tech giant is fighting back, yet Qualcomm has responded by stating that the company is reneging on its commitments due to its success in the tech market. It has now sued four companies Apple is involved with in the production of Apple products – Wistron, Pegatron, Foxconn and Compal, taking the lawsuit to China, the US and the UK. Apple has now told the four companies not to pay Qualcomm until the patent lawsuit comes to a close.

However, the recent news will no doubt impact on the release of Apple’s new iPhone 8, which normally would encompass chips from Qualcomm. Nonetheless, if Apple proves successful in their lawsuit, in theory iPhones themselves should decrease in price worldwide, due to royalties decreasing.

With this uncertainty surrounding an ongoing $1 billion lawsuit, which has since heated up in the last couple of weeks, Qualcomm is no doubt eyeing up further markets to extend their reach and global dominance within the hardware market.

However, extending their reach into the smartphone market in China will not come easy for Qualcomm in such a competitive market. Although the demand for smartphones in the country is huge, with a significant client demand, companies such as Intel also supply chips which are in high regard, as well as hugely influential company Huawei.

However, Qualcomm have revealed that it aims to work with local provider Leadcore Technology, part of Datang Telecom, which will support the company’s venture into the Chinese market, and enable the company to forge new partnerships with smaller companies in order to ensure steady growth.