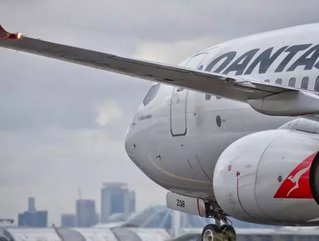 Australia’s largest airline Qantas has announced the completion of the world’s first transpacific biofuel flight, having taken placed between Los Angeles and Melbourne.

The flight, undertaken using one of Qantas’ Boeing 787-9 Dreamliners, saved approximately 18,000kg in carbon emissions, using a total 24,000kg of biofuel which equates to 10% of the fuel required to complete the journey.

“The Qantas Dreamliner marks an exciting new era of innovation and travel,” said Alison Weber, CEO of Qantas International. “The aircraft is more fuel efficient and generates fewer greenhouse emissions than similarly sized-aircraft and today’s flight will see a further reduction on this route.”

The fuel is created through the harvest of Carinata crop, the grain of which is then crushed to retract the oil that is then converted into jet fuel using traditional processes.

“Biojet fuel made from Carinata delivers both oil for biofuel and protein for animal nutrition while also enhancing the soil its grown in,” said Steve Fabijanski, CEO of Agrisoma, the company creating and supplying the fuel. “We are excited about the potential of the crop in Australia and look forward to working with local farmers and Qantas to develop a clean energy source for the local aviation industry.”