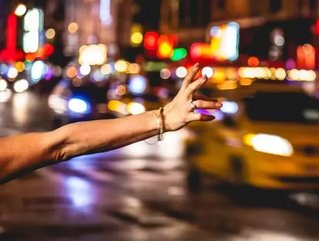 Indian ride-hailing giant Ola is set to expand into the UK, following a successful launch in Australia earlier this year.

Ola, which is not just the biggest ride-hailing company in India but the most popular transport platform overall in the country, launched in Australia in February 2018 and now operates across seven Australian cities with 40,000 drivers registered.

This has contributed significantly to the overall growth of Ola, which now has over 1mn registered drivers across 110 cities globally, serving 125mn customers with 1bn rides per year.

Building on this expansion outside of Asia, the business will now launch in the UK, with its first stop being South Wales. It has also obtained a license to operate in Greater Manchester and will work alongside UK local authorities with the aim of expanding across the whole market by the end of the year.

This move could create competition for UK ride-hailing mainstay Uber, which recently had its license re-granted to operate in London. Ola has stated it feels it can bring ‘a dynamic, responsible new service to the market’ and is particularly proud of the safety elements it offers. These include DBS screening of drivers, 24/7 voice support, options to share ride details with emergency contacts, and in-app safety features.

Ola CEO Bhavish Aggarwal has stated: “Ola is excited to announce its plans for the UK, one of the world’s most evolved transportation markets. The UK is a fantastic place to do business and we look forward to providing a responsible, compelling, new service that can help the country meet its ever-demanding mobility needs.

“We need to look forward to our continued engagement with policymakers and regulators as we expand across the country and build a company embedded in the UK.”