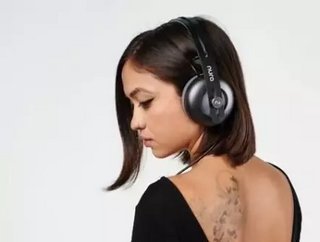 A Melbourne-based startup, which designs headphones that “listen to your ears”,  has just broken the Australian record for the most money raised through crowdfunding platform Kickstarter.

The company, called nura, has raised $1.2 million from nearly 4,000 backers in only three weeks. As of today, there are still 11 days left of the campaign.

The company claims that every individual has varying levels of sensitivity to certain sound frequencies. Thus, it developed a unique soundwave technology that measures a wearer’s hearing and adapts music accordingly.

The headphones boast an earbud and over-ear ‘cup’ design to provide clearer sound and noise isolation.

Nura co-founder and CEO, Kyle Slater, said: “The Kickstarter funds will be used on tooling for mass production, regulatory certifications, sourcing of materials, and distribution.

“We’re really excited to be Australia’s most funded Kickstarter and we believe this is a strong indicator of the demand for rich, quality experiences in this golden age of music.”

Only one percent of Kickstarter projects globally exceed $1 million in funding.

Nura expects to run its first production test in September and hopes to be ready for mass production in March 2017. All being well, first shipments will be ready by April 2017.