Is technology key to expanding Chinese and Indian businesses? 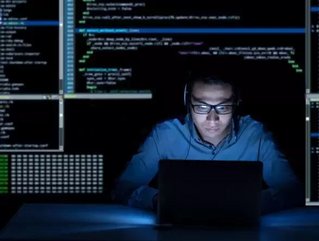 Businesses in Mexico, China and India are increasingly turning to technology to power successful growth, reveals new global research from Epicor Software Corporation, a global provider of industry-specific enterprise software to promote business growth. Around three quarters of Chinese and Indian firms (74 percent and 73 percent respectively) and 63 percent of Mexican firms cited IT investment as important, compared to a global figure of 54 percent.

Overall, the research figures indicate that many of the world’s businesses, particularly those in established economies, do not ‘get growth’ in the same way as their emerging market peers and risk falling behind ‘grow getter’ businesses in emerging markets. These businesses demonstrate a strong motivation to invest in technology to empower their organization.

‘Grow getter’ businesses are those that take advantage of macro-economic factors, such as low cost skilled labour and a healthy GDP. They use technology to expand into new markets and locations swiftly, without having to invest in high labour costs, and they have the processes in place to adapt their product ranges to match consumer demand.

India and Mexico are also the most likely to have grown their product ranges in the last 12 months— with more than three quarters (82 percent and 76 percent respectively) of all businesses reporting growth here, compared to the global average of 61 percent. Hong Kong and Singapore were among the least likely to achieve this, with only 45-46 percent of businesses in both countries reporting any product range growth.

Despite sales and turnover generally increasing across the globe (65 percent of businesses grew their sales/turnover in the last 12 months), only around half (48 percent) of the businesses around the globe are meeting this increase in productivity with a larger workforce.

With technology making it easier than ever before to communicate there are more opportunities to expand into new regions and markets rapidly. However, the survey shows that high growth businesses tend to be the only ones that are significantly expanding operations overseas. Of the businesses questioned, 65 percent of those experiencing very high growth were also experiencing significant growth overseas (compared to an average 14 percent overall).

Kathy Crusco, chief operating and financial officer at Epicor commented, “Business leaders around the world can learn from the experience of ‘grow getter’ businesses in emerging economies such as India and Mexico. These ‘grow getter’ companies have invested in technology to empower their workforces, drive efficiencies, increase agility, and increase their profit margins, as a result. They use technology to adapt quickly to change and demand, allowing them to drive expansion into new markets, and establish processes to adapt their product ranges to match consumer demand.”

Crusco continued, “While macro-economic factors can often not be avoided, getting bogged down in legacy systems can. This study builds a resounding business case for investment in IT systems that support and enable business growth and help businesses navigate economic and political challenges as they arise.”

The research, conducted by Morar Consulting on behalf of Epicor, questioned 2,450 business decision makers and employees in businesses in 12 countries across the globe, about their growth performance in the last 12 months. For further information on the research, go to: http://ow.ly/sD6q309fJ5J