How Commonwealth Bank Australia became the leader in mobile applications 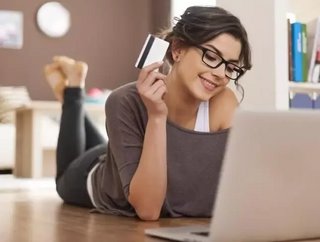 As mobile banking has increased in Australia by 7.4 per cent since 2013, one of the nation’s “Big Four” lenders, Commonwealth Bank Australia, has nearly doubled its number of mobile phone customers using its mobile phone application compared with its nearest competitor, ANZ Bank.

Due to CBA’s large customer base and technology investments, The Interactive Advertising Bureau (IAB Australia) and Nielsen found that the financer had the nation’s 13th most popular app, with a monthly unique audience of 2.71 million.

RELATED TOPIC: How mobile banking is taking over Australian business

The results are significant due to the fact the technology and innovation areas that have emerged as crucial to the industry with new “fintech” companies looking to take away some of their revenue.

According to the IAB and Nielsen report, Australians age 18 and older spend more time on smartphones than any other device at more than 33 hours per person each month, compared to 29 hours and five minutes spent on desktops and 23 hours 41 minutes on tablets.

The rapid adoption of technology by Aussies is also shown by the fact that 75 per cent of smartphone users were connecting to financial services or information each month, compared with 57 per cent of Americans.

With the amount of Aussie banking customers using the internet to satisfy their banking needs, 92.7 per cent of banking customers are satisfied with CBA’s online service according to a survey conducted by Roy Morgan Research.

"With the rapid growth in internet banking, it will become more important that satisfaction with this channel will need to be monitored against competitors and with other methods for dealing with banks if this lead is to be sustained," said Norman Morris of Roy Morgan Research. "A great deal of attention is currently being paid to overall satisfaction and advocacy across the banking industry, but this needs to be expanded to looking at satisfaction at the channel level, as this is likely to impact overall satisfaction."

NAB executive general manager wealth advice Greg Miller said the bank believes that it is necessary to adapt its offering to meeting the individual needs of its consumers.

"We're continuing to look at ways to evolve our business to meet these changing needs,” said Miller. “This evolution will continue to include advisers for those life-stage events where a customer wants to sit down and have a face-to-face discussion with their adviser.”

In addition, last month’s Westpac Cash Free Report found one in three Aussies are already using their smartphones to manage their finances. Westpac said 79 per cent of respondents agreed that using their smartphones to make an electronic payment will soon become the most popular method, which is the same number of people that also agreed the ability to pay for an item using an app will soon become the norm.

Overall, the report wrapped up by saying smartphone engagement still has plenty of room to grow, which confirms the banks’ increased attention on the mobile channel.