Five technologies that will change the world by 2021 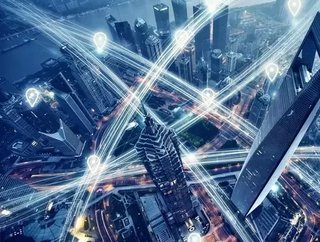 Forrester identified 15 emerging technologies that will change consumer expectations and the way businesses operate over the next five years.

While all these technologies will help businesses become more customer-centric, Brian Hopkins, VP and principal analyst at Forrester, believes five will significantly shift how organisations and consumers engage through to 2021.

In a new report, Hopkins refers to the rise of empowered customers, which Forrester believes are forcing companies to rethink their fundamental operating principles to become customer-obsessed.

“These businesses are customer-led, instead of just customer-aware; they are driven by insights, not data; they prefer speed over efficiency; and they are connected rather than operating in silos. A new crop of emerging technologies stands poised to unleash even more change that will further elevate consumer expectations and shift their behaviour in a new cycle,” said Hopkins.

While these 15 technologies should remain on the radar for CIOs over the coming years, it’s the following five technologies that Forrester said will change the world by 2021.

Forrester said that by 2021, IoT will drive new levels of customer insight and engagement for some. Specialised IoT software will be readily available from vendors, and they will expand their core software to incorporate IoT. Forrester also said by 2021, the technology for specific use cases will be mature, but technology diversity and the need for organisational changes will still stymie or delay many firms.

As outlined in a previous report on the future of the workplace, Forrester predicts that by 2021, intelligent agents and related robots will have eliminated a net 6 percent of jobs. AI within intelligent agents will evolve significantly beyond today’s relatively simple machine learning and natural language processing (NLP).

Forrester said by 2021 AR will be commonplace, while VR will remains niche. Within five years, AR technologies will project digital information on many surfaces. Headsets will be incrementally smaller but unwieldy enough to limit widespread consumer uptake. By 2021, however, Forrester said we will be fully into a transition period between separated and tightly blended physical and digital experiences in our work and lives.

By 2021, Forrester believes a disruptive tidal wave will begin and that solutions powered by AI/cognitive technology will displace jobs. Citing a Citibank and University of Oxford report, Forrester said the biggest impact will be felt in transportation, logistics, customer service, and consumer services.

Speaking about the findings of the report and the possible effects of these technologies on various sectors, Hopkins said he does not see significant disruption in the immediate future.

“We don't think we are going to see dramatic disruption in 2017. Our report found that the next round of disruptive tech won't really start to have a disruptive impact until 2019. So we are in a holding period while change brews.”

“Some disruption will continue in financial services but this has been a long slow process due to the strong grip large banks have on the core banking system. However mobile and intelligent agent assisted apps will continue to tear away add-on services that banks have been using for years to bolster their profitability.

“Transportation is another industry that is undergoing change. First car sharing, then Uber, next is self-driving cars. But change will be gradual in 2017. We will see more self-driving cars but this still won't affect automotive and insurance quite yet. But that is coming.”

Looking at the effects of the emerging technologies identified in the report, Forrester said they are “poised to unleash another cycle of raised consumer expectations, changing behaviours, and disruption.” The stakes for CIOs are high, where a wrong investment could result in a company going out of business, but a savvy investment could give an organisation a significant competitive advantage.