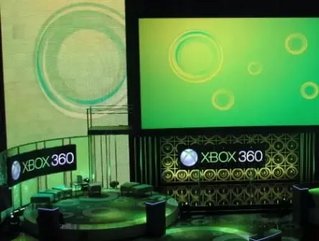 The E3 electronic entertainment trade show in Los Angeles started off with a bang, showcasing hundreds of new toys, gadgets and video games. Every company from Sony to Nintendo was out showing off their latest and greatest technologies. And thanks to the geniuses at Microsoft, pretty soon we might not even have to lift a finger while watching TV.

Microsoft has mashed together its Bing search engine, with Xbox 360 games console and Kinect motion-sensing games controller, which includes a microphone, allowing a voice activated media finder. It demonstrated voice control for its Xbox Live at E3 in Los Angeles.

"You say it, Xbox finds it," said Marc Whitten, corporate vice-president of Xbox Live, according to The Australian. If you want to watch live TV all you have to do is say the words “Xbox live TV.”

Also, if you’re sitting on the couch and want to watch a movie by a certain actor, but aren’t sure which one, all you have to do is say “Xbox Bing (insert actors name)” and the actor’s movies will appear on your TV, allowing you to flick through the library, select a title and watch it.

Exactly how the Xbox will do TV is still unsure. As of now, the Xbox doesn’t have an add-on TV tuner, such as the PlayTV device for Sony’s PlayStation 3 console.

Microsoft also showed some sneak-peeks of upcoming Xbox games at E3, including Halo 4, Mass Effect 3, Modern Warfare 3 and Tom Clancy’s Ghost Recon: Future Solider. Sony was also keeping busy at E3, trying to redeem its brand after the recent PlayStation Network catastrophe, where the online gaming service was shut down due to a hacking attack, says The Australian. It revealed its next-generation portable gaming machine, the PlayStation Vita. This new device is a touch-interface and motion-sensitive handheld that will go on sale in the US in a few months, but an Australian launch date hasn’t been set.