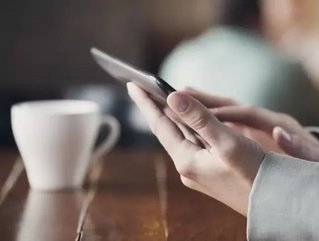 The startup, which was founded in 2016, says it plans to attract 100mn daily users over the next two years.

In order to achieve this, it hopes to open an office in every major city across India by the end of 2018. It currently has two offices, in Pune and Guragon, with a total of 50 employees. As it stands, NewsDog has about 40mn aggregate users and is already India’s #1 news app on Google Play.

India’s answer to Spotify: Gaana raises $115mn in funding round led by Tencent

Founder and CEO Forrest Chen Yukun has stated, according to the South China Morning Post, that “we will focus on only the Indian market because it is already a huge market with plenty of growth opportunities. It’s a better market than China which is crowded with competitors.”

Indeed, many firms find India attractive due to its emerging market for smartphones, mobile applications and other tech. Xiaomi has recently announced it will invest in Indian startups, as well as focussing on India for its future development, as Senior Vice President Wang Xiang told Business Chief in February.

India currently has an online population of 470mn and has a population similar to that of China, which it is expected to mirror in terms of technology development.

Chen also commented: “Competition in India is heating up as more Chinese companies enter the market, and we want to seize the opportunity to promote our products… the biggest difficulty now is to hire the more competent local talent, who still view us as a stranger to the market. It takes time for NewsDog to really consolidate a foothold in India’s IT industry.”