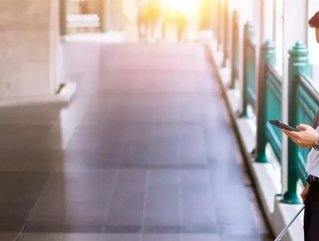 Malcolm Chan, Managing Director of Asia-Pacific at global communications provider BICS, tells Business Chief about the challenges involved in digital networks across the region and what BICS is doing to solve them.

Multinational communications enabler BICS is a key global voice carrier and the leading provider of mobile data services worldwide ranging from mobile connectivity, seamless roaming experiences, fraud prevention and authentication, to global messaging and the Internet of Things (IoT). Tasked with keeping the vast and culturally-disparate continent of Asia connected with the most powerful communication networks is Malcolm Chan, Managing Director of Asia-Pacific.

BICS reported a sharp increase in LTE (Long-Term Evolution, the standard for high-speed wireless communication) roaming traffic in the Asia-Pacific region this year, which is being largely driven by Europe. In Q1 2018, Europe overtook the Middle East as the top destination for outgoing roamers from Asia-Pacific using LTE services, accounting for around 54% of outbound LTE roaming traffic. Tourists and business travellers visiting the region from Europe, in turn, accounted for the highest number of inbound roamers (57%).

During 2017, LTE roaming traffic in the region grew three-fold, with recent data suggesting that growth is set to continue in 2018. Last year LTE calls made between countries within Asia-Pacific accounted for 30% of international LTE traffic in the region, reflecting an increase in LTE data roaming globally. In January, BICS reported that global LTE roaming traffic more than doubled in 2017, with Europe experiencing a 600-800% increase in traffic during the summer months, this surge driven in part by the EU’s regulation on wholesale roaming charges which came into effect in June 2017.

Security on the move

“Asia is unique,” Chan explains. “It's very diverse, and not just in terms of spoken language. A lot of what we do is enabling roaming and the correct security for people on the move across the region by localising the engagement, when it's crucial. We also provide different sample rights, for getting a PIN off your phone for example, where we can authenticate if you're a natural user. We're also able to provide authentication through an aux cord, which not many people are doing today.”

China, with 1bn 4G connections accounting for 40.2% of all global LTE connections, spearheads this growth, but other markets such as Australia, South Korea, Japan, Malaysia, Indonesia, Myanmar, the Philippines and India are also seeing accelerating migration to 4G. The GSMA estimates that mobile data growth will be the driving force behind future revenues and operator investment in the region.

“What's really driving our industry right now is security. When you download onto your phone, you like to know it's secure, that there is some real privacy and some degree of authentication. We work at a high level with the developers of the apps, so that when a customer uses an app, or when a customer does an online transaction over the phone, there’s a level of security that's expected,” says Chan.

When you roam, you need even more assurance that security standards are being met. With a vast network of countries in Asia where English is not the first language, BICS is able to provide English language as well as localised services to its customers. BICS has operations in Korea, Malaysia, China, and further afield in Australia. “We can talk in and understand your language. We understand your customers. The customer experience is very important for us,” says Chan.

As well as security, BICS can offer users a consistent experience and smooth transition despite cultural variations in the digital sphere. “To use Google Maps and Gmail or update your Facebook app is difficult in a place like China where you cannot access Google or Facebook. In addition, many of our Chinese customers are asking, ‘How do I bridge that gap if I’m holiday in Europe? How do I enable that service?’ In terms of the service we provide, an important aspect is that we bridge that gap.

“Our traffic is growing as much as threefold every year. But things will change as we lead on into 5G, which in a sense is still in its infancy. We are already helping a handful of customers to enable what we call 5G roaming.”

BICS has a global network that connects all of these individual network relays across each country. “Because we ourselves run that network, we can provide a couple of things. First, it's not political, which means we actually monitor and manage the speed and latency across all these networks on our own. We are our own organisers, which works very well for us and I think differentiates us from many other providers on the market. The other aspect is distance. Because of what I call our ability to aggregate this information, about what people like doing on their phones, what types of apps they are accessing, where they are, and at what time are they doing this – we can provide analytics. Increasingly, it's about translating information and data, how we can help customers and occupants monetise.”

As we know, Asia is a diverse and rapidly changing territory, so what are the geographical breakdowns when it comes to digital? “Although we are a small organisation here in Asia, out of the 20 people we have here, they are 16 nationalities. It's something we’re very proud of, because we believe in diversity. Every country has its peculiarities. So, in terms of knowing our customers and the cultures we deal with, we are able to speak the language of the home countries.”

“When talking about production of digital services, China, Hong Kong, Singapore, Australia and parts of Korea are ahead of the curve. China and India collectively make up 2.7bn people – that’s 36% of the world’s population in just two countries. In both of these countries, the middle class is growing which means an incline in digital services.

“These are regions that are full of opportunity. China is a huge and fast-growing market and we believe in being close to our customers in the region. So, we are already operating for our customers in these countries. What we do, is we take that experience, and we share pure knowledge and mental property and bring it back to other countries which are a little behind the curve. By that, I'm talking about Indonesia, Bangladesh, Sri Lanka, and to some extent India. And with the right investment, and the right strategies, digital is sure to fly in those regions too.”