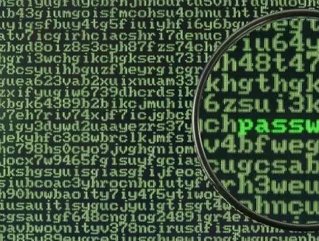 A report out earlier this year suggested that over half of Australians are now using mobile computing. The widespread uptake of mobile and tablets for everyday business is something to be praised, however it does raise a number of serious concerns.

Yes, that perennial thorn-in-the-side for internet and communication technologies; security. Web security experts Norton have issued a report stating that the rapid expansion of wireless computing in the country has left many vulnerable to the activities of cyber criminals.

With so many people conducting everyday transactions on wireless platforms, tech-savvy Australians have suffered losses to the tune of $1.65 billion as of year end 2011. This is a significant proportion of the total global figure. A colossal US$110 billion was pilfered by digital Dick Turpin’s from victims around the world last year.

It is estimated that about eight out of 10 Australians rely mostly on mobile devices to log on to the web, ranging from checking emails, getting Facebook updates and shopping online.

The latter, Norton said, opens up windows for web criminals to conduct their 'business', well-aware that cash flows almost incessantly through mobile computing.

Norton security expert Adam Palmer said: “People are targeting these devices because that's where the money is.”

Fans of mobile computing should be duly-informed that “criminals are moving away from traditional laptops and forms and moving into social network and mobile and tablet forms,” Mr Palmer added.

The reported number of cyber-crime victims rose significantly in the last year as more widespread illegal operations take traction. This could be in part due to the prolonged global economic downturn, in conjunction with the proliferation of mobile devices.

It is inevitable that people's lives will become increasingly governed by wireless technology and services offered via downloadable apps, however a culture of awareness needs to be promoted. Apps can be very damaging, with hackers constantly working to create new and ingenious ways of harvesting sensitive information.