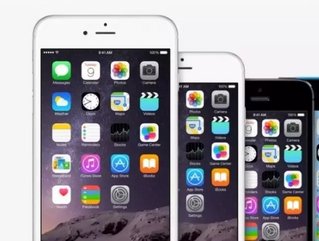 We're only halfway through our week, but Apple is making all the news in the tech sector. Read on to find out what's going on with the world's biggest company.

During his quarterly earnings brief with investors, CEO Tim Cook shared the company's first new innovation since the iPad in 2010 will be shipping in April. The device, which last September Cook called the "most personal device ever," is coming along well.

"We’re making great progress in the development of it," Cook said. The company is excited about the products from developers and app makers, saying, "We’re seeing some incredible innovation."

Today's earnings call marked a detour from Apple's usual MO, as the company usually only unveils big news like this at a star-studded event.

Profits Higher Than Ever: Thanks iPhone 6!

Apple's 38 percent quarterly profit boost was undoubtably from the company meeting the demand for larger-screened iPhones. After the iPhone 6 and 6 Plus went on sale, Apple had supply shortages for weeks in areas like the US and China. The company sold over 74 million iPhones during the quarter, up 46 percent from a year ago.

China is one of Apple's biggest growing market, and the company gained notable market shares in the US, Germany the UK, Australia and Spain.

The Australian government and the G20 are working to modernise international tax rules to help prevent cross border tax evasion. Although there are not any specific accusations currently leveled at the tech company, many are wondering why a company that sold more that $6 billion in products over 2014 would only pay $80.3 million in Australian tax.

To be fair, the amount of tax paid this year is more than twice the amount paid last year: $36.4 million.

According to papers lodged with ASIC (Australian Securities and Investments Commission), Apple had a pre-tax profit of $251 million for the year ending September 27 compared to $88 million for the previous year.