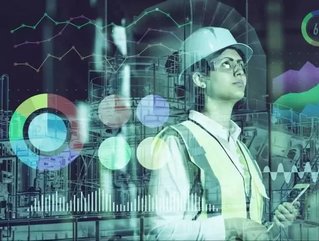 Alibaba is opening a research centre in Singapore in partnership with Nanyang Technological University.

This will be Alibaba’s first research facility in Singapore. The tech giant signed a memorandum of understanding at the university campus this week.

The amount of funding used for the research facility has not been disclosed but it will form part of the $15bn DAMO R&D fund Alibaba set up last year, and Alibaba has confirmed the partnership will be worth millions of dollars.

The facility will aim to research and develop AI technology to apply to transport and city planning, healthcare and smart homes.

It will initially involve 50 researchers from Alibaba and the university.

Alibaba has also expressed it wants to open its own DAMO facility independently in Sinfapore in the future.

Alibaba to invest $15bn in R&D through DAMO

The DAMO fund is a new research institute developed by Alibaba called the “Academy for Discovery, Adventure, Momentum and Outlook” which is set to include seven new research labs and involved $15bn R&D spending over the next seven years. Aside from Singapore, DAMO plans to develop labs in China, the US, Russia and Israel.

This has marked a huge increase of spending on R&D for Alibaba, which in 2017 spend a total of $2.6bn on product development.

This is not Alibaba’s only planned partnership with a university and it already has an academic advisory board including professors from Harvard, Princeton, MIT, Washington, Beijing Institute of Technology and Peking University.

Jeff Zhang, Alibaba’s CTO, has said according to Straits Times that the lab will more specifically look into the diagnosis and prevention of diseased like arthritis and tuberculosis, investigating the possibility to analyse people’s daily activities using AI in order to detect problems.

Zhang has added that Singapore is a “natural base” as it is Alibaba’s regional base for Southeast Asia, and also has a multilingual population and strong research tradition.