A roundup of technology disruption in Asia 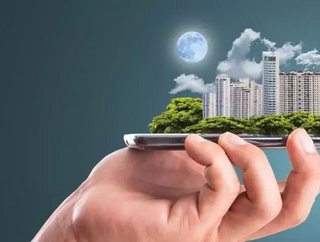 New technology continues to transform the global markets at an unprecedented rate. The digital advancements of the last 25 years have strengthened and accelerated, and entire industries have changed, adapted or fallen. Competitors have materialised from unexpected corners. Banks face pressure from online lenders. Hotels face competition from Airbnb. And conventional shopping malls are emptying out and converting to office space as a result of e-commerce.

The digital revolution and emerging technologies have disrupted every industry. In Asia, this disruption has been significantly critical. The region overall represents one of the fastest growing areas across the globe, and digital disruption impacts consumer behaviour in how they purchase goods and services, the advertising and media consumed, entertainment, and social networking.

These challenges are unique in Asia. As the most populous region, it offers the globe’s most potentially profitable consumer opportunity. In addition, rather than being early adopters or innovators, Asian consumers seem to lead the revolution that digitisation empowers. Asia represents the region in which enterprises look to the future. The normal rules surrounding consumer engagement are changing in Asia thanks to three digital trends. These are:

Just as important, these trends are merging with each other to produce even more powerful disruptions. For instance, e-commerce is transforming into m-commerce (mobile), which is changing into s-commerce (social). As these trends alter the economic landscape in Asia, the area is developing into a crucible of digital innovation. In fact, Asia represents the fastest expanding consumer market in the world, with increasing adoption of new technology and thriving digital innovation. Asia is now shaping the economies of the world.

These trends, the rise of mobile devices, social media networking, and e-commerce, are altering industries around the world; however, the economic landscape of Asia makes the area especially important in understanding the forthcoming economy of connected consumers.

Asia’s sheer scale is worth noting. The region represented 57 percent of the world’s population in 2014, 58 percent of all mobile phone subscriptions, and 54 percent of internet users. In addition, countries in Asia overall represent the fastest expanding regional economy globally. In addition, the region accounted for over 25 percent of global private consumption, but is projected to reach over 30 percent by 2019. Retail sales are projected to increase by over 4.5 percent per year over the next five years, versus a worldwide average of 3 percent.

The region is crucial for more than just growth rates and scale. An increasing number of enterprise-level technology companies call Asia their home base. For instance, smartphone producers from Asia, such as Sony, Xiaomi, and Samsung, represent nearly 70 percent of worldwide sales. In addition, approximately 33 percent of 2.3 app developers are based in Asia. China’s Alibaba holds more market value than Amazon.com in the United States. Considering these elements together, it is obvious that Asia will have an increasingly pivotal role in shaping the methods by which companies use technology platforms to connect with consumers.

Certainly, many consumers in Asia may not be as wealthy than counterparts in North America or Europe; however, the digital disruption has occurred despite this. Instead the digital revolution may be encouraging the resulting innovation, proving the old axiom, “necessity is the mother of invention”. For instance, many countries have skipped the early stages of digital disruption, such as rejecting landlines and directly embracing mobile technology.

A presumption of lower incomes and lower financial inclusion in presenting an obstacle to e-commerce is proving to be false. For instance, only 20 percent of adults in Indonesia hold a bank account, although close to 50 percent have a Facebook profile. Innovation overcomes these obstacles. Some examples include mobile phone companies offering payment services through their billing capabilities, by including e-commerce purchases to the bills of post-paid consumers, or by using phone credits to purchase goods and services for pre-paid consumers.

In addition, in situations in which consumers have not developed the confidence to make advance online purchases, e-commerce sites have adopted cash-on-delivery (COD) services in countries like Indonesia and India. In Vietnam, approximately 80 percent of sales for Zalora are COD.

Digital disruption has brought about unprecedented change to marketing as well. Businesses that embraced the transformation and harnessed the power of technology platforms have profited. Building brand awareness can now happen with lightning speed; although the fundamental principles of marketing remain the same, the tools have become increasingly sophisticated. Building brands still means establishing an emotional connection with consumers, and this continues to be true. A car manufacturer can build trust by promoting the reliability and safety features of its technology. Brand awareness can happen quickly without an actual physical presence with the consumer, such as a sales professional.

Creativity is still crucial, although digital marketing relies upon creativity less and SEO more. Now algorithms reign supreme. Creativity will make a comeback especially through the use of technology. Storytelling is crucial. Technology provides massive scale. However, the two are not necessarily mutually exclusive. Merging the two will take place, and Asia will most likely be at the forefront leading the rest of the world.

“Digital is part of an evolutionary journey and only one disrupter in a sea of disrupters,” says Jonathan Rees, Executive Director and Leader of Deloitte Digital in Southeast Asia. “The business landscape is more complex and businesses must face a tension between the realities of operating a business and responding to disruptive forces.”

Companies need to continue with conventional elements of branding. Trust will always be an important aspect of branding, and digital methods offer one plank in the overall platform. The rise of mobile devices, social media networking, and online commerce have simply expanded and accelerated disruption rather than completely replace conventional methods. Asia will lead the way to even greater technology disruptions and economic expansion as the advancements become increasingly sophisticated.