Why UFC is using Vietnam to expand into Asia 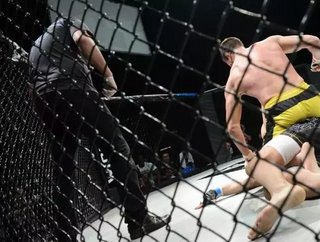 UFC Gym, the fitness gym franchise arm of the UFC, has announced that it will be expanding into Asia with a $15 million investment led by CMG.ASIA, its new expansion partner in the region.

This decision was based largely on CMG.ASIA, which is headquartered in the city, and has massive influence across the region when it comes to the emerging fitness lifestyle. UFC Gyms signed a development agreement with the company to open UFC Gyms throughout Southeast Asia.

“UFC GYM is a perfect match to our exciting portfolio of international fitness and entertainment brands that we currently offer in Vietnam and Southeast Asia” Chairman of CMG.ASIA Randy Dobson said.

UFC President Dana White said: “This expansion speaks to the international appeal of UFC’s brand. From our athletes to our fan base, we have seen significant growth throughout international markets.

“We consider Asia as the birth place of Mixed Martial Arts, so we are thrilled that UFC GYM is now expanding into this region; bringing our signature MMA styles of training and fitness to our fans in South East Asia”

“Asia is one of UFC’s fastest growing markets and we want to bring signature MMA styles of training and fitness to all fight fans in this region. Our fans and fitness consumers in Southeast Asia understand UFC‘s brand and we can’t wait for them to train at our signature gyms.”

CMG.ASIA will be investing an additional $15 million into the Vietnamese market and has committed to open at least five new UFC Gyms. The official opening of the gym will take place later this year.