Why is Aldi spending a billion dollars in Australia? 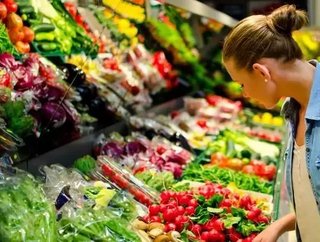 Aldi is spending $1 billion dollars on revamping its east coast store network and will also be increasing its footprint in the Australian fresh food market.

This recent move from the German discount supermarket is going to up its game with Coles and Woolworths. Aldi will also be sharpening the price of its top-selling fresh food products, expanding its product range and battling to get more return customers.

Morgan Stanley Analyst Tom Kierath said: "They (Aldi) will come in with good quality product at sharp prices and probably make people think twice about where they buy their fresh food from. It will be on lines that turn quickly that are purchased frequently, so I think it is a risk for Coles and Woolworths.

"The major supermarkets need to do the cheese counters and the delis and the in-store bakeries to provide customers with a bigger range and better services.”

Aldi will spend around $1 billion on revamping its east coast store network while also expanding its floorspace – both are billed to be completed by 2020.

Last year, Aldi's sales increased by roughly 11 percent to $6.7 billion and are expected to grow at a similar impressive rate for 2016 which will mean they exceed the $7 billion mark.

"With Aldi, some of the hype has come out... they've done a very good job of increasing their penetration with Australian shoppers and they're cycling through that now so it's getting a bit tougher," Kierath added.

“Aldi’s focus on fresh food is not just a chase for the bigger profit margins associated with this category, it's also about bolstering its profile as a one-stop grocery destination, according to market watchers. The aim is to convert shoppers who are splitting their grocery shop between Aldi and one of the majors to then just shop at Aldi.”