[VIDEO] How Reputation Has Become Currency 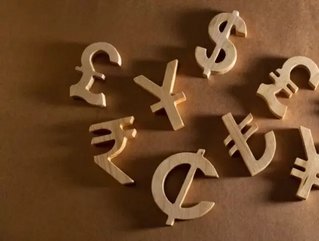 Back in June of 2013 when bitcoin was really becoming a news piece, Paul Kemp-Robertson gave a TED Talk about the branded currency trend – one that continues to gain steam today. Kemp-Robertson, the co-founder and editorial director at Contagious Communications in London, shares with his audience how technology is changing consumers’ perspectives on traditional currency and business.

In the video below, Kemp-Robertson begins by explaining how bitcoin came to popularity. Even today, the NADAQ is reporting on its price levels, and the announcement of bitcoin ATMs has become a leading story.

Bitcoin was founded the concept of decentralization – it’s “private, anonymous, fast and cheap”. But his TED Talk isn’t specifically about bitcoin, but about the trust people have developed for businesses and technology. People all over the world are losing faith in traditional institutions, and Kemp-Robertson explains how that has changed things in the business world from a brand perspective.

“If you think about it, reputation has now become a currency,” he says during the TED Talk. “You know, reputations are built on trust, consistency, transparency. So if you've actually decided that you trust a brand, you want a relationship, you want to engage with the brand, you're already kind of participating in lots of new forms of currency.”

Businesses are turning to creating their own currency within the company – Kemp-Robertson talks about air miles, Starbucks Star points, Amazon coins, and a Nike campaign called “Bid Your Sweat.” These innovative programs are allowing their customers to use business-specific currency to buy products, and creating a more loyal following at the same time. Talk about a great approach for marketing.