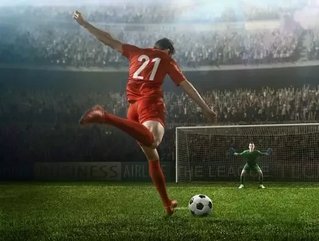 The UK’s Premier League has agreed a massive TV rights deal in China, which could be worth as much as $700 million. It is set to be the league's largest overseas broadcast sale ever.

The contract will last for three years and will also involve Chinese video streaming service PPTV, a company owned by Chinese retailer Suning, which has previously invested in European football after it bought a controlling stake in Italian club Inter Milan earlier this year.

China's President Xi Jinping is seeking to make the country into a football superpower and has urged Chinese businesses to invest more in the sport. Large English clubs like Manchester City, West Bromwich Albion and Aston Villa are among the English clubs to have received investment from China over the last year.

Audiences for Premier League football are also growing strongly in China, and English clubs are beginning to see the world's second largest economy as an important growth market.

Robin Brant at BBC News commented: “Chinese investors have acquired what seems like most of the West Midlands clubs in a show of status and financial might, but also for some a genuine attempt to build new brands that could appeal beyond their domestic base.

“This broadcast deal, unsurprisingly, reveals how important web-based distribution is here for certain types of entertainment.”