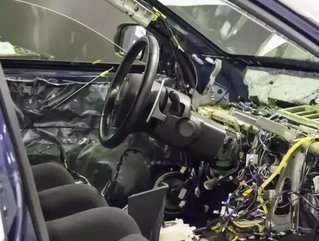 GR, a name inspired by the Gazoo Racing range, includes seven of Toyota’s existing cars which have been re-modelled as sports editions, such as Vitz compact, Voxy and Noah minivans.

The range will be available in Toyota’s retail outlets on Thursday. It is set to be available only in Japan but will be rolled out in other territories soon.

Toyota are also expected to add further to the range with a reborn ‘Supra’ which is expected to be top of the selection.

The move goes against popular trends to develop electric vehicles, a strong global focus at the moment.

The company’s president Akio Toyoda appeared at the launch and stated he has high hopes for the GR brand as a ‘norm breaker’ to rebuff critic’s labels that the company’s cars are ‘bland and boring.’

Indeed, Gazoo Racing president Shigeki Tomoyama pointed out that younger customers are “often said to have lost their passion for driving their own cars.”

Toyoda explained his hopes the range will make an impression: “the word ‘move’ does not just mean to make a movement… it also means to impress others, which is what we want to pursue.”

Toyota’s sales saw a 7% increase in the April-June quarter from last year and a rise in net profit of 11% was announced in August.