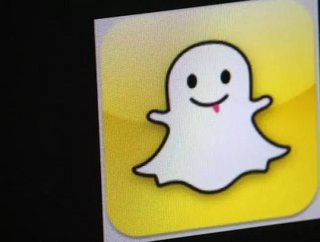 Snapchat users may have an increased appetite if they check out the latest stories on the app, and other businesses may soon want to follow suit.

KFC Australia has recently become one of the nation’s first brands to join Snapchat, and will use the social media platform to promote its most recent product—tacos.

The company used the app to initially launch its new double soft shell zinger taco, as KFC said the snaps received nearly 3,000 views within the first three hours of activity. With it already having a presence on Facebook, Twitter and Instagram, KFC Australia chief marketing and development officer Nikki Lawson said it was only a matter of time before it began sharing “KFC moments.”

“KFC Australia has a really engaged fanbase,” Lawson said. “We are always looking for new ways to create a dialogue with our fans, and always endeavour to be on the front foot in terms of digital media. We want to be where the fans are—and right now they’re holding their thumb down on Snapchat stories from their friends, family and brands they love.”

And KFC isn’t the only giant brand to succumb to this new way of thinking. Recently, the National Basketball Association (NBA), Mountain Dew, National Geographic, Cosmopolitan, News Limited and others have started marketing campaigns on Snapchat.

With its new media service called Discover which launched earlier this year, a wide range of media outlets from CNN to the Food Network have been setting up channels on the platform to post photos and videos that last 24 hours. The media companies then are able to sell ads and share revenue with Snapchat.

Already valued at US$16 million, Snapchat is working with its early partners to create even more money-making strategies. It recently unveiled Truffle Pig, which is a new digital creative agency led by Snapchat, the Daily Mail and British advertising company WPP to help develop and analyze ad products.

RELATED TOPIC: Periscope vs. Meerkat and how the two can be beneficial in marketing

Just as fast as the app attracted a following of 200 million users, it has now gained the attention and finances of some of the top networks and brands. While both Snapchat and Twitter have traditionally been looked upon as providing distinctive services, the two highlight an ongoing trend in online services offered by other large companies. They’re all striving to broaden the scope of their services in order to keep users engaged, gain new users and grow their advertising business.

So don’t be afraid to hop on the Snapchat bandwagon as a new way to market your business. If you don’t, it will only leave users goofy videos or KFC ads to look at.