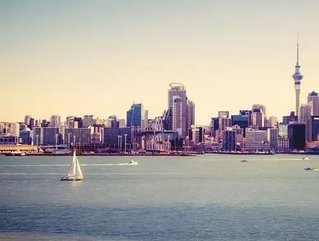 Global hotel chain The Ritz-Carlton is eyeing New Zealand as its next destination for expansion.

The Ritz-Carlton is reportedly interested in New Zealand, although it has not made a formal commitment yet.

A spokesperson for the company said: "We continuously look for opportunities to expand The Ritz-Carlton presence in New Zealand, but do not have any signed agreements in place at this time."

It has been widely speculated that the global high end hotel chain will choose a new development planned by a Chinese billionaire for the car parking/reverse bungy jump site between Elliott St, Albert St and Victoria St West in the CBD of Auckland.

Nilesh Patel, retail leasing director at Colliers International's Auckland office, said the hotel might not open until 2023 or 2024 but once completed would give the local tourism economy a massive boost, with up to 60 floors available for guests.

Chris Dibble, Collier's research and consulting director, said: "Things will be different in that area once the City Rail Link and NZ International Convention Centre is built. What difference does another couple of years make?"

"A couple of years ago, we did a pitch to the Chinese owner - who flew over to New Zealand - to lease the retail and commercial space. They're still working through designs. They've had to refine their designs and there's been delays."