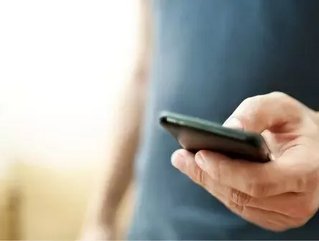 The ability to precisely target prospective customers using real-time location is currently one of the most promising additions to the advertising toolbox. “Key drivers for LBA include the growing adoption of both outdoor and indoor location technologies, as well as the increasing consumer acceptance of location-based services in general”, said Rickard Andersson, Telecom Analyst, Berg Insight.

Location targeting in combination with other contextual and behavioural segmentation greatly enhances the relevance of mobile advertising. “Major brands are so far the main spenders, but LBA has also opened the mobile channel for small local merchants. Local businesses can extend their marketing initiatives with mobile components such as location-sensitive coupons using online self-services, while big box retailers leverage enterprise LBA solutions for conquesting and to combat showrooming”, said Andersson.

The LBA value chain is still forming and there are a large number of players involved in the ecosystem. Since the value chain is fragmented and the industry has not yet reached maturity, many different roles are involved. Companies range from LBA specialists such as Verve, Placecast and xAd, to LBS players including Telmap, Telenav and Waze, and operators such as AT&T, SFR and the new UK joint venture Weve.

Mobile location-based marketing is on the rise

There is furthermore an abundance of location-aware applications and media which serve geo-targeted ads, with examples such as Foursquare, Shopkick and SCVNGR. Other stakeholders include coupons and deals providers including Vouchercloud, Yowza!! and COUPIES, search solutions such as Yell and Yelp, and proximity marketing providers like Proxama, NeoMedia and Scanbuy. A number of traditional mobile advertising players are also active in the LBA space, for example Millennial Media, Madvertise and Nexage, as well as major digital and telecom players such as Google, Apple and Facebook.