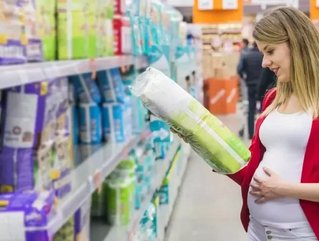 The Japan-based company Mitsui & Co has joined forces with consumer firm Kao Corporation in order to establish itself in the baby diaper market in India, The Economic Times reports.

Kao Corporation’s product, Merries, will compete with rival companies such as Procter & Gamble’s Pampers and Unicharm.

Merries generates 10bn Yen ($90mn) every year and is currently the leading brand in Japan based on its amount of sales for tape and pants diapers.

Hiromichi Yagi, chairman of Mitsui & Co. India, said: “There is significant growth potential for us in India where the penetration rate of baby diapers is still below 6% despite approximately 25 million babies being born every year.

“Presently the country is using 4.6 billion pieces of diapers as against its 80 billion potential. Through the launch of Merries, we hope to provide a thrust to the current number."

It has been found that the diaper industry in India is profitable and is currently valued at $800mn but is expected to increase further to $1400mn by 2022.

The increase in the market is believed to be attributed to the rise in the number of working women, in addition to higher disposable incomes and an increasing birth rate in the country.