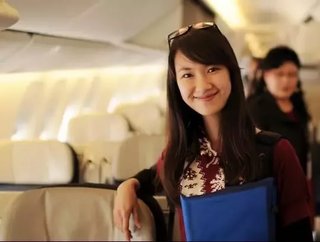 Xiamen Airlines was recently welcomed to Seattle-Tacoma International Airport with a water cannon salute, making it the fifth Chinese passenger aviator to have operations in US airspace.

Since the first scheduled non-stop flight between China and the USA in 1996 between Detroit and Beijing, the number of flights and airlines offering routes has slowly but surely grown. A recent estimate from Boyd Group International said that annual US arrivals from China will at least double, going from 2.4 million in 2015 to over 6.5 million in 2020.

Without further ado, here’s a brief summary of each Chinese airline operating in the US:

One of China’s largest air carriers, Xiamen Airlines is the only Chinese carrier to use a fleet entirely consisting of Boeing aircraft, of which it has 140, with as many as 30 more on the way. Xiamen’s new route between Seattle and Shenzhen will fly three times a week using a Boeing 787-8 Dreamliner. It is also a member of Sky Team – the world’s second largest air alliance

Hainan Airlines is the largest privately-owned airline in China and has been rated five stars by Skytrax. Hainan flies non-stop from Beijing to Seattle, Chicago, Boston, and San Jose. Hainan also flies non-stop flights from Shanghai to Boston and Seattle. Hainan is looking to grow its coverage in the US and will will begin nonstop flights from Beijing to Las Vegas from December this year