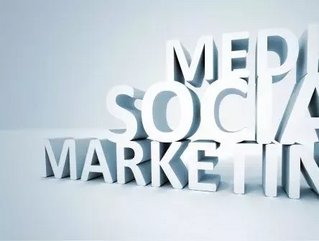 Read this article in the August edition of Business Review Australia

A few years ago the Internet was controlled by a handful of those ‘in-the-know’ – a group of tech savvy individuals who understood and could manipulate Google algorithms to have their content rank higher online. Today, a much larger audience dictates what ‘goes viral’ with search engines considering share ability when ranking content. Consider that Facebook has over one billions users, Twitter has around 500 million users and YouTube captures over two billions views a day and it becomes clear social sharing plays a huge part in propelling content to a wider audience.

While there is no hard and fast rule about what will go viral, marketers and businesses can certainly improve their chances with certain types of content creation.

If you want people to share your content, you need to consider what it is that people share; in other words take your business hat off and start thinking like a human being. “Before people share a piece of content, they evaluate its social currency. The better it makes them look, the more likely they'll be to pass it on,” says Jonah Berger, writing for Mashable. People post content that makes them look smart or funny, content that will evoke a reaction or promote a cause.

It is fair to say that people are also motivated by self-promotion or self-branding. By understanding this businesses can begin to manipulate content and campaigns for maximum sharing ability. LinkedIn did this very effectively in February 2013. The company sent out an email to a handful of its users saying: “Congratulations, you have one of the top 5 percent most-viewed LinkedIn profiles for 2012.”

Those who received the email were proud of the achievement and wanted to share it with their peers. Thousands took to Facebook and Twitter to spread the word about their newfound status, in turn promoting LinkedIn via social channels in a seemingly organic way.

When it comes to effective marketing strategies, you have to find a way to engage your audience. Don’t try and be too clever - your audience might miss the point you’re trying to make. Instead focus on topics that resonate with a wide audience.

Just like the best comedians, the most successful marketers focus on topics that relate to a lot of people. Take for example the P&G ‘Thank You, Mom’ Olympic advert – the message is clear and simple but touched the hearts and minds of a huge audience.

The P&G advert was also very successful owing to the relevant nature of its delivery, during the London 2012 Olympic Games. Another way to spark viral interest in your campaign is to capitalise on what people are already talking about – what people are already passionate about. Consider the hype surrounding the Royal Wedding for example – T Mobile managed to cash in on this hype with its hilarious spoof of the Royal Wedding with some very convincing look-a-likes.

There is no one-size-fits-all approach to viral marketing campaigns; in fact you may create what you believe to be a viral video, only to see it receive less that 5,000 views. Likewise, you may post an image or an article only to see an external influence promote it far beyond what you imagined. I will say this though; consumers are a tough crowd to please so you need to be very self-critical when creating these campaigns. Anything that looks too staged, to set up, run of the mill or copied will fall flat on its face, people also do not like to be tricked, they want something that is genuinely sharable – you need to be creative in your approach.

It may sound obvious, but in order to maximise exposure you need to ensure that your content is not only something people will want to share, but that it is easy to share too. If you are creating a promotional video, make sure the still opening image is attractive and something that people will want on their homepage. If you are writing an article, be sure to embed social media icons so readers can post it to their followers and friends with the click of a button.

With the introduction of social sharing content can spread like wildfire. The Internet is saturated, but if you know your target market and have a strong message that others will want to share you have a good foundation for a viral marketing campaign.