The Benefit of Social Customer Service to Businesses 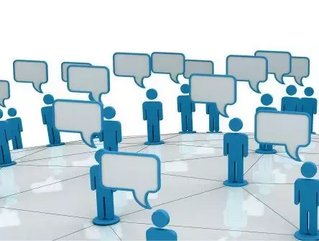 Read the May Edition of Business Review Australia here

Throughout the last five years, companies have continued to embrace social media, with even the least tech-savvy starting to see the benefits that good social customer service can bring. For many, however, there are still concerns about opening up a two-way dialogue with customers. While this lack of control over one side of the debate may be a legitimate concern, the opportunities that social media hold for enhancing customer service practices are vast, and as such, forums such as Twitter and Facebook should be top of any forward-thinking business leader’s mind when creating strategies to improve the customer experience. As the saying goes, with every perceived threat comes opportunities, and social media can be one of the greatest tools for brand engagement available, particularly when it comes to customer service.

One of the key benefits of social media for business is as a tool for aggregation of public opinion, comments and sentiment. Indeed, a recent study by Zendesk found that 95 percent of people share bad customer service experiences with people through social media. The same study found that 40 percent of people recommended others not buy products or services after having a bad customer service experience.

Clearly, for a company that is looking to provide great customer service, social media provides a much needed insight into the stakeholder mind.

More often than not, the companies who use social media to the best advantage, and therefore have the best reputations, are not those who spend a fortune on advertising. Instead, it is the companies that monitor Facebook, Twitter and the like and respond in a timely fashion to consumers. It’s a sensible communications strategy - nobody wants to be the company that ignores a customer comment for it then to turn into a viral PR nightmare.

A growing trend amongst consumers, faced by what seems to be either an inability or an unwillingness to help on regular customer service channels, is to turn to social media. This can mean anything from venting fury on Twitter, writing an angry review or using a company’s Facebook channel to make a public complaint.

All it takes is for enough people to get angry on social media and suddenly a company has a potential reputation crisis on their hands. The world of social media moves fast and those companies that fail to respond quickly can find themselves facing widespread public outrage. Clearly it makes sense for companies to deal with public complaints quickly from a reputation point of view.

How can companies use social media to their best advantage?

#2. Be timely: Social media platforms are fast-paced. When responding to consumers you need to deal with the issue quickly and calmly before it escalates. More than an hour can be too long.

#3. Acknowledge complaints early on: If dealing with the complaint will take time, make sure you send a message to the consumer letting them know you are looking into it. Nobody likes to be ignored.

#4. Don’t delete complaints: If somebody posts a complaint, don’t delete it. It often makes people angry, and it’s far better for your reputation if other fans/followers see you responding and trying to resolve an issue.

#5. Move the debate - Sometimes the most sensible thing to do is to move the problem into a more private forum. Switch the Twitter conversation into direct messages or provide a phone number in response to a Facebook comment. This way you can move the conversation out of the public eye. Make sure phone calls are answered promptly though, and by someone who is familiar with the complaint.

#7. Be social: Facebook, Twitter and the like are forums through which you can create open and honest engagement. If you’re friendly and helpful your consumers will be impressed.

#8. Spot the trends: Finally, don’t forget to aggregate any complaints you receive; if several people have made a similar complaint, social media can help you spot a trend and make the changes necessary to improve your business and brand reputation.