Australia’s shopkeeper economy could be worth billions 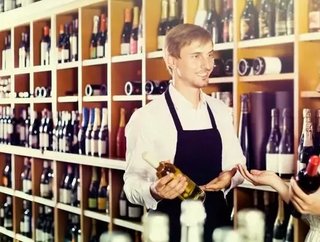 Research from American Express in support of Shop Small month suggests that small businesses might be their own best customers, with $204 billion flowing between businesses every year.

The Economy of Shopping Small: Custom Counts report revealed small Australian businesses sourced goods and services from 4.4 other small suppliers each month, spending an average of $8,600 in a typical month or $104,000 annually.  A quarter of these businesses (24 percent) spent more than $10,000 and 10 percent spent more than $20,000 each month.

The shopkeeper economy is a key driver in contributing to the economic health of small business communities and has helped increased the number of businesses in local areas. Some 24 percent said the arrival of new businesses had made it easier to locally source products and services, a third (32 percent) said it has increased customer footfall and 31 percent said it had increased profits.

Encouragingly 26 percent of small businesses say they would definitely like to collaborate more than they currently do and 58 percent say they may be open to greater collaboration.

“If small businesses can find smart strategies to leverage each other’s products, expertise and customers they’re immediately multiplying what they could achieve alone,” Cochrane said.

“We all benefit if we can produce more precinct powerhouses – small businesses connecting and collaborating across our communities   Small businesses make a very real and important difference to their SMB community through their custom and supplier relationships.

“It's vital that, while we encourage consumers to shop small, we also encourage and recognise merchants that champion other small businesses both locally and further afield.  Behaviour like this is paramount to maintain the colour and diversity of our high streets and preserve our corner stores for generations to come.

The findings come despite a perceived downturn in support from local consumers. The Economy of Shopping Small: Custom Counts report found more than half of shop owners (53 percent) said customers are becoming less loyal, while 61 percent felt customers were becoming less polite too. Three-quarters (72 percent) of business owners stated they wished locals knew how hard it was to run a small business.