Are we Headed for a Cloud Oligopoly? 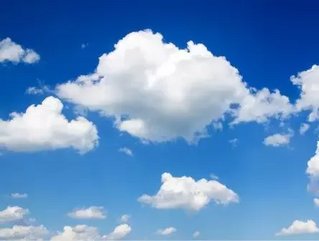 Oligopoly: A market form in which a market or industry is dominated by a small number of sellers. Its parallel in political science, oligarchy, translates to power effectively resting with a small number of people.

A recent Forbes article entitled: “Cloud Computing Market May Become An Oligopoly of High-Volume Vendors” quotes Owen Rogers, senior analyst at 451 Research, who argues that with a few large players – namely, Amazon, Microsoft, Google, and IBM – offering similar types of services, the market may be in for a “Cloud Oligopoly”.

The interesting thing about markets is that they follow patterns quite similar to geopolitical movements. In politics, major movements are constantly afoot, avoiding the emergence or expansion of oligarchies. For instance, Brazil, Russia, India, China, and South Africa have formed the BRICS alliance, a coalition that is aimed to “balance” their world with the ultimate goal of each member not being such an extreme underdog. This alliance could be in direct response to the financial power of traditional western allies, which by many standards forms an oligarchy.

Similarly in the business world, when an oligopoly occurs, market resistance gives rise to new alliances, new companies, and even new industries. By historical standards, the cloud market is rather young and a major jousting is to be expected.  However, as recently as June 2013 and similar to the BRICS move, SalesForce.com, Oracle Corp, and Microsoft formed an alliance which, whether stated or not, was clearly aimed at Google, Amazon, and possibly IBM.

Although Salesforce.com is more commonly known as a SaaS (Software as a Service) provider, examining the shifts in the market can easily explain why it belongs to the cloud coalition above.

But first, let’s review some fundamentals >>>

We live a non-tethered world. Users are demanding mobility and access to their data and apps at anytime, anywhere, and with any device. As a result of this demand, development of Software as a Service solutions is no longer a novelty limited to new or small developers. Currently, all software developers, from individuals working in their garages to tech companies in fancy office buildings, are seeing their growth and future in SaaS.

When users connect to services of a SaaS provider, they are using their desktop, laptop, tablet, or smartphone to access and work with their data on a given website.  In almost all cases, these devices are acting primarily as smart display screens while the server performs the heavy lifting of computing and manipulating the data.  This is why even many underpowered smartphones can use SaaS software with relative ease.  This ease, combined with the users’ expectation that their apps always be available and zippy, creates a requirement for all SaaS providers to have ample server power with superb connectivity bandwidth.

While larger organizations can easily create their own server farm and run their own data center, the same it not true for smaller companies. In the decades past, the required infrastructure may have been a deterrent for small companies entering the market. Today, this is no longer the case. IaaS (Infrastructure as a Service) providers are an absolute boon to every small software developer.  Now, developers can grow as fast as the market allows without having to worry about “capacity” or securing funding for “capital expenditure”. The results are staggering: less than two decades ago, a software oligopoly existed and the major software companies could be counted on one’s fingers.  Needless to say, today the world is a different place with thousands of software choices available to users, thanks to all the cloud-based solutions.

Platform as a Service (PaaS)

Cloud has amalgamated SaaS, IaaS, Platform as a Service (PaaS), and similar services into a full multi-faceted solution – so much so that to the common person the traditional meaning of “cloud”, which used to be hardware as a service, has changed for good. Today, the market sees a dichotomy: if the server is in one’s home/office, it’s called on-premise; otherwise, it’s in the cloud.   Marketers have their own dichotomy and describe it differently: if it’s in the cloud, people want it; if it is on-premise, it’s hard to sell.

This explosion and major paradigm shift to the cloud has not gone unnoticed by the giants. Everyone knows that the ever-expanding need for cloud solutions provides an ideal environment for growth and market capture.  Amazon has been the main player in the cloud space for a while. Recently, IBM threw in its full weight in by purchasing SoftLayer for a cool $2 Billion. The Oracle/SalesForce/Microsoft alliance is the latest to enter the ring.

Needless to say, seeing these larger organizations jostling for position can raise concerns for an oligopoly.

The state of the cloud market may look like an oligopoly now but it won’t for long. Less than two decades ago, Google, Yahoo, SalesForce, Amazon, and many other household names did not exist.  The Internet, acting as the great democratizer, gave these companies easy access to customers and leveled the playing field.  In a comparable move, the cloud is providing a whole new generation of companies with easy and unparalleled access to computing power and bandwidth. In addition, each of the large companies mentioned above have their own ecosystem of software companies that they need to protect and nurture, contributing to this growth. There will even be companies offering vertical solutions specific to their own market, expanding the cloud even further.

The future will bring competition in the cloud market leading to both very manageable prices and the rise of new companies to serve this lucrative and expanding marketplace.  The cloud is too fertile for only a select few to benefit.

Siamak Farah is the CEO of InfoStreet.  InfoStreet is a Cloud app provider that offers SkyDesktop, a free patent-pending Cloud Desktop; SkyAppMarket, an app marketplace where a business can choose from the best Cloud apps in the market; and SkySingleSignOn, a federated loginsolution and network management tool. Together they provide all the files and applications a company needs to run their business in the Cloud.Try SkyDesktop and SkyAppMarket by visiting https://www.skydesktop.comor by calling 1-866-956-5051 for more information.