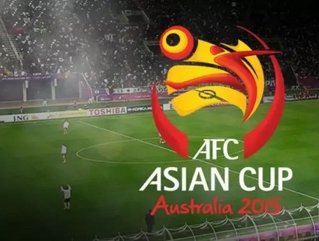 Business will be booming more than usual in Sydney, Melbourne, Brisbane, Canberra and Newcastle for the next few weeks. The AFC Asian Cup, coined a ‘festival of football by John O’Sullivan, Tourism Australian managing director, will bring thousands of football fans and tourists to the region for sport and adventure.

With tourists comes money—lots of it. PricewaterhouseCoopers estimated as much as A$23 million could be introduced to the GDP during the Cup. Sullivan believes that the event is a prime opportunity for Australia to showcase its top-class international reputation, as well its desirability as a tourist destination.

“The teams have arrived in Australia along with tens of thousands of international football fans who are all here to lend their support. This 23 day ‘festival of football’ provides the perfect platform for Australia to showcase our credentials as a great place to visit amongst some of our most important overseas markets,” he said.

“With more than 500,000 spectators—including around 30,000 fans from overseas—expected to attend the 32 matches being played across Sydney, Melbourne, Brisbane, Canberra and Newcastle, this is a tourism free kick. Thousands of international football fans will have ample opportunity to explore our five host cities and their surrounding tourism regions. Australia is a nation of warm and welcoming sports fans. No matter which city fans base themselves in, there will be an array of activities and experiences available to explore.”

The focus of the event is football and sport in general. However, Michael Brown, CEO of Local Organising Committee for the AFC Asian Cup 2015 also wants to shine a spotlight on business, tourism, trade, investment and creating new community connections.

“Seven of our top 10 trading partners are in the AFC region. The fact that Federal and State Governments have invested heavily in the Asian Cup shows that they understand and are committed to using the opportunities football presents,” Mr Brown said.

The tournament will go through the end of January.