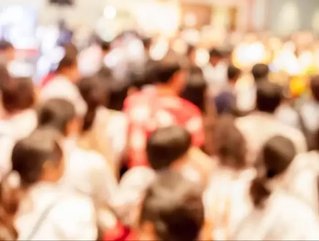 Around 4,500 buyers from 79 countries have registered to take part in the event, which is a huge increase on the 1,066 who participated last year.

As such, the event has been moved from the JIExpo Kemayoran in North Jakarta to the Indonesia Convention Centre (ICE), which spans 15 km sq.

This will be the 32nd iteration of the biggest trade expo in Indonesian goods and services.

The event is organised by the Trade Ministry and will involve more than 1,100 exporters from across Indonesia.

The theme for this year is “Global Partner for Sustainable Resources” and the exhibition’s seven pavilions will feature furniture, fashion, craft and creative products, food and drink, and other goods produces in Indonesia.

The event’s opening was attended by President Joko Widodo and was opened by Trade Minister Enggartiasto Lukita who stated that in keeping with the theme, the products on offer at the trade fair “were manufactured according to environment and social standards as required by the global market.”

The TEI website states that Indonesia is “one of the fastest growing countries in the emerging economies” and is “set to be the new trade tourism and investment destination for the forward-looking buyers and traders amidst uncertainties of economic and political changes in many parts of the world.”

The expo promises to feature more varied products than last year, and hopes that “combining virtual and physical exposure of the products will add more benefits for TEI buyers and sellers.”