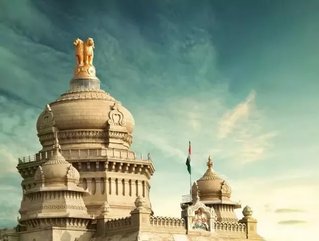 Indian food ordering and restaurant discovery company Zomato has announced its acquisition of restaurant and caterer aggregator TongueStun
The cash and stock deal, as reported by The Times of India, is worth US$18mn.
Zomato, in competition with Swiggy for the largest share of India’s restaurant food delivery market, works in a similar manner to Deliveroo whereby customers can browse restaurant menus and order meals for delivery.
TongueStun specialises in aggregating caterers and restaurants for office canteens, an area which Zomato’s CEO sees as brimming with potential.
“We don’t see the ceiling to how big this market could become just yet,” Deepinder Goyal, Zomato’s CEO and co-founder, told TOI.
“What we know is that this market is very high frequency, and customers are very sticky as they end up placing more than 20 orders a month on the Tonguestun [sic] platform”.
Crunchbase has reported that this is Zomato’s 12th acquisition.
See More:
According to TOI, Runnr, a logistics startup that Zomato hopes will give it an edge against Swiggy, was the subject of one such deal.
Both Swiggy and Zomato are investing heavily in initiatives to acquire ever larger customer bases and cement a dominance of the market.
Swiggy is outperforming Zomato at present, with Economic Times’ sources claiming that August saw Swiggy raise 19mn orders against Zomato’s 12mn.
Chinese conglomerate Tencent is one of a few backers preparing to invest an additional $500-700mn in Swiggy.
Tencentfood deliveryZomatoStartup
Share
Share