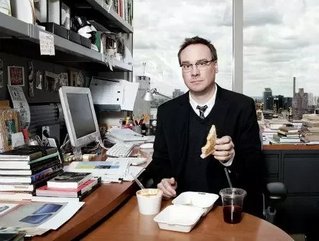 I has emerged that many Aussie employees are working an extra 40 hours a year due to skipped breaks.

A study of 1000 Australians found that 44 percent have skipped lunch to keep working, and 59 percent have worked while eating lunch.

News website news.com.au polled its readers, and with more than 2000 responses, there is a clear pattern amongst the work force.

The poll found that 55 percent felt "too guilty" to take a lunch break, choosing instead to continue working. Many of those questioned stated their desire to get ahead within the company, or that they felt pressure not to appear like a slacker. Almost one in five workers said they were worried if they take full lunch breaks every day people will think they’re slack and they won't get ahead.

The survey also found 46 percent have checked work emails or taken work calls while on their break.

But corporate psychologist Travis Kemp said we “absolutely need to take breaks on a regular basis while at work.

“If your job requires an intense amount of concentration you need to disrupt your headspace from time to time and take time out,” Kemp said.

The survey also found that 16 percent of workers said they sometimes skipped lunch to impress their boss.

The survey also found professionals were the most worried about how they would be perceived for taking a lunch break. However, Kemp does not think that time in the office should be taken as a key indicator for office performance

“People are judged more and more about what they deliver and what they contribute, not by how many hours they spend in the office,” he said.

All of this missed lunch adds up to a sizable chunk of time, which over a year or even a whole career could take a toll on both your health and your private life. Maybe we should ask ourselves if it is really worth the extra effort.