Who are the winners and losers in the Melbourne Port sale? 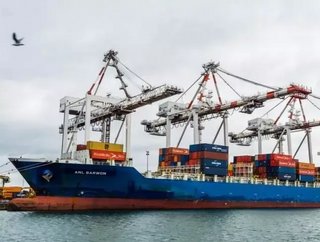 Australia’s busiest container port has been sold in a 50-year lease to the Lonsdale Consortium of four investment funds, led by the Future Fund, Global Infrastructure Partners, Australia’s QIC and Canadian pension group OMERS. The AU $9.7 billion dollar transaction is the highest price ever paid for an Australian port. Here, we examine who is cashing in on the deal, and who has been left out in the cold.

Winners: Victorian rail operators and the state government
The proceeds of the sale are reportedly going towards paying for the Government’s $4.5 billion promise to remove 50 of Victoria’s worst railway level crossings. Other regional infrastructure will see a $900 million boost and a further $200 million will be injected into agriculture and the rural jobs fund. Premier Daniel Andrews called the sale a “massive vote of confidence” in the Victorian economy.

It has been reported that the Victorian government was only hoping to secure $5.8 billion from the transaction — meaning that it’s perhaps the biggest winner of them all.

The Wall Street Journal reports that the Australian infrastructure sector has been reaping the benefits of lower interest rates over the past three years, reducing the cost of the borrowing required to construct roads, ports and railways.

"Equity markets are starting to realize that they're going to live in an environment where returns are going to be lower for longer, and they're looking for secure investments," Victoria Treasurer Tim Pallas said in an interview with Reuters.

Loser: IFM Investors
IFM Investors, the biggest shareholders in New South Wales’ Port Botany and Port Kembla, also submitted a bid for the Port of Melbourne lease. Victoria’s Treasurer, Tim Pallas, has said that the competition between IFM and Lonsdale was “very, very close”. However, the winner’s long-term plans for the port and its finance arrangements ultimately gave it the upper hand.

The sale comes as part of Australia’s $100 billion programme of privatisation, in which state and federal governments are attempting to cut debt by selling off aging infrastructure.