What the Start of JAEPA Means for the Red Meat Industry 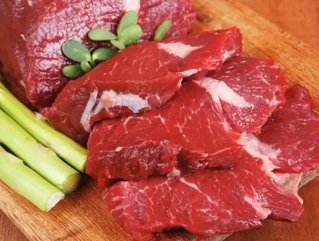 If your business is a part of the red meat industry in Australia, you awoke to exciting news today. The Japan-Australia Economic Partnership Agreement has taken effect as of today, January 15th. For the red meat industry, exporting their goods to the Asian country has become a lot easier—and a lot less expensive.

Tariffs on frozen beef from Australia will drop to 19.5 percent (down from a hefty 38.5 percent) over the next 18 years. Chilled beef will experience a similar decrease, from 38.5 to 23.5 percent over the next 15 years. The first tariff cuts—which include 8 percent on frozen beef and 6 percent on chill—go into effect today, with another round of cuts—2 and 1 percent respectively—going into effect April 1st, the beginning of Japan’s fiscal year.

Lachie Hart, chairman of the beef industry’s JAEPA Taskforce, recognized Japan for its importance in the Australian beef industry, stating that the country has been a “critically important partner” and was Australia’s most valuable export market for many years.

“As a result of the JAEPA, sales of Australian beef to Japan are expected to rise by around $5.5 billion over the term of the agreement, boosting the annual gross value of Australian beef production by up to 7,” Hart told Jon Condon of Beef Central.

Several people, including the Cattle Council of Australia’s president Howard Smith and National Australia Bank’s general manager for Japan Kohei Tsushima, have applauded the move by the two countries, saying that this agreement has put Australia ahead of its competitors and will have great benefits to several sectors in both countries.

“JAEPA sends a clear message to Japanese investors that Australia is an attractive destination,” said Tsushima. “For Australian businesses, the key to success in Japan is to build strong relationships and have a consistent strategy. It might take time to build a relationship, but once that relationship is in place, Japanese companies work very hard to ensure that both parties benefit.”

From office shut-downs and extra days off, to shorter weeks and work-from-anywhere policies, flexibility is the work perk must-have for summer – and beyond…