Weathering a media attack on your business 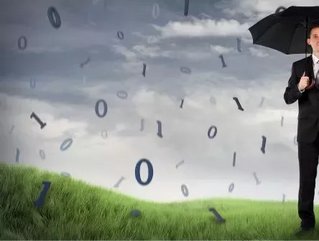 Today's Rooster, Tomorrows Feather Duster: A Guide to Weathering a Media Attack on Your Brand

Read this article in our digital magazine here

Recently I heard this wonderful quote (Today’s rooster, tomorrow's feather duster) that was applied to the summary that our NZ media, based in San Francisco, had given to the America’s Cup lay card that had been played by Oracle. Whilst I'd not heard the saying before and neither had many of the global cup commentators, it certainly resonated with me, especially in the hang fire world of fashion and life that I play in daily.

It’s really about the higher up the ladder you get the harder you will fall. The 20+ years that you spend building your brand can be destroyed in five minutes, or at least so says Warren Buffet and he ought to know. To reinforce this, lately two very real examples of how quickly the worm can turn have played out before me; all off course driven by our NZ media.

The first - a news item on Apple and the release of the 5C iPhone. The item had suggested Apple appeared to be losing its mobile phone monopoly, at least in China, and no one in their right mind would overlook this consumer juggernaut as a very real trend indicator. If you are to believe the statistics, Android phones are hugely in favour and massively outweigh Apple in this country of a potential one billion consumers and the decline continues worldwide.

Apple has seen its share of smartphone sales overtaken by Android devices in recent months, and now, according to a report from a British newspaper, it could be in the process of losing the lead in app downloads as well. Citing published download numbers from both the App Store and Google Play, The Telegraph reports that Android is gaining on Apple by about 500 million app installs each month, though both ecosystems have grown with enormous rapidity in recent months. (Source: Computer World)

The second smaller and more localised incident was on a drive home, driving a loan car - mine was being assessed for the fresh mag curbing that my just recently arrived home from the UK, 'can I take your car to get my nails done?' daughter had managed to indent on my wheels.

Listening to the radio in the car, I was greeted by a sports commentator that had been previously publicly ostracised for a physical assault on his life partner. I surprised myself with my reaction. Sure the incident had been years before and he had apologised and undertaken the right pathway of help I'm sure, but I still sat uncomfortably, even though this new radio role paled in comparison to his former TV sports role where he really was on a trajectory to super stardom in this country as so many of our TV personalities experience.

For me it was a moment of reflection, but I was certainly not polarised enough to turn off the radio, nor was I celebrating in his return with a good on you well deserved mantra. Given I had also faced a massive and extremely vitriolic public attack from a small and very angry group of animal rights activists over the week leading up to fashion week, I couldn't help but reflect on those moments that truly do and often can, seek to define us in the wrong way or at the very least undermine all the excellent work that a person or brand has done.

True, with the benefit of hindsight it was not smart to be pictured sitting on a taxidermy bear that was part of an authorised kill by the Canadian Government that I had happened to secure through an auction many years ago; especially as the Q& A it attached to waxed lyrical about my work and my connection with animals and that these organisations truly are my charity of choice.

For a while there I inadvertently became the poster girl of the animal activists but for all the wrong reasons. I have never seen so much hate pour out so publicly from people that have never met me and the sad thing was, that these very public social media posts simply served to turn so many people off the very necessary fights that these organisations have taken on. Sure it was great to get someone like me to bring their causes to the fore; the local paper gave them a full front page with the offending photo planted squarely in the middle of the article. Surely the atrocious infant throat slashing in the South Island would have been more worthy than me and two of my dogs sitting on a bear rug… no wonder physical paper subscriptions are in decline.

Absolutely and with the benefit of hindsight I would not have submitted that particular photo to the national paper but does it take away from the work that I do with animals? Is it hypocritical as so many of my detractors yelled from the rooftops? Possibly, but then I have never made any secret of my love of taxidermy; in fact it’s even showcased in some of my retail stores. It’s not like I am having them killed to order and I've always proudly used the humanely (cyanide traps) and very necessarily killed possums in this country for their skins. What a wonderful way to use what would be a waste product. So even under fire my week played out, my two fashion shows went on as the attacks continued and I said nothing, apart from offering an explanation as to the provenance of the bear.

I watched the whole thing from the sidelines on a very public social media platform. Have I damaged my 21 year old brand? NO sales went up, support flooded in and people took up the debate for me on Facebook, even though I chose not to give the issue any air. Customers, colleagues and friends called in to offer their support. They were truly mortified and I think also a little relieved it was me, not them, given the vermancy of the attacks. And going forward, we along with so many others, will not be aligning (supporting yes but certainly not lending my brand and platforms of influence to) these organisations that I consider now to be very extremist organisations.

Yes I am stronger.

Yes I have learnt from this as it truly didn't for a minute have the potential to take away from a very important week with a huge contribution and partnership from so many.

If it doesn’t kill you it surely must make you stronger and never has there been a truer word in my life. It has certainly brought some perspective to customer complaints (the few that we do get) in that if I can endure at this level of attack in regards to a bear skin, surely the team can suck up the challenging feedback in a one-on-one environment. It’s a fact we don't always call it right, none of us do, but when it does go wrong it’s all about the conversations we are prepared to have and the way we travel forward. Actions (in all cases) will truly speak louder than words.

Tall poppies (public figures elevated through influence by their peers) will always take the heat. It’s true as your brand and person grows in your market, you have the power to influence so think carefully about the messages you send as shit sticks. Believe me!

Annah Stretton is the founder of the Annah Stretton fashion label and is a wildly successful New Zealand entrepreneur, author and speaker. In the first year her business turned over $1 million and now with an online following of over 80,000, over 30 retail stores, three books and a strong business leadership programme under her belt, Annah was a worthy recipient of the coveted Veuve Clicquot Business Woman of the Year Award.