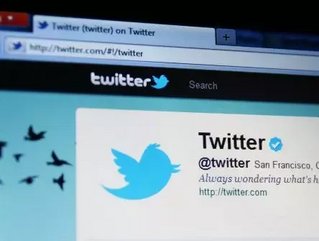 Twitter confirmed that it has filed for an IPO. The social media giant aptly made the news of its initial public offering public through a tweet to its followers on Thursday.

Taking no chances, the tweet cautiously read, “We’ve confidentially submitted an S-1 to the SEC for a planned IPO. This Tweet does not constitute an offer of any securities for sale.”

This exceptionally underplayed announcement is light years away from the hype that surrounded Facebook’s IPO in May 2012. The hysteria and sheer volume of publicity clearly impacted the offering, as Bloomberg now notes, “they offered 107 times trailing 12-month earnings, more expensive than 99 percent of all companies in the Standard and Poor’s 500 Index at the time.”

Because of the hubris of Facebook, the company quickly lost half its value after the $16 billion IPO. On Thursday, Twitter took a very different approach to announcing their intentions.

Announcing this historical decision through Twitter is an understated move that Ken Wisnefski, President and CEO of WebiMax, a leading Internet marketing company, believes is a stroke of genius. Wisnefski explains, “Avoiding the pomp and circumstance of a huge announcement allows the media to create the hype for you, which is only half as clever as the decision to take advantage of the JOBS Act.”

President Obama created the JOBS Act last year to help business startups. Under the law, any company generating less than $1 billion in revenue can choose to file confidential IPOs. This allows for less information to be given to investors and competitors alike.

Potential investors will have to wait until 21 days before Twitter goes public as the company isn’t required to release their earnings until then under the JOBS Act. With prominent and respected experts like Jon Steinberg, President and COO of Buzzfeed saying, “Twitter is still tiny. I think there's a lot of growth.” It’s clear that unlike Facebook, Twitter is still considered by many financial experts to be a stock that will only grow as the years go on.

Will you be looking to own a piece of the Twitter pie? Join the discussion on our Facebook page or send us a message on Twitter #TwitterIPO.