Toyota and Mazda to build a US car plant; expect incentives of $1bn 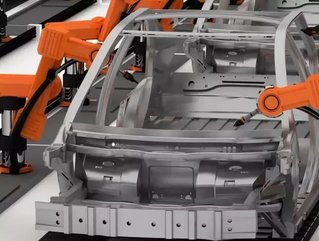 Japan-based car manufacturers Toyota and Mazda are planning to set up a manufacturing plant in the US.

The companies hope to receive an incentive of around $1bn from the state they choose to set up in, in terms of tax breaks and other support.

The factory will be worth $1.6bn and they have pledged it will create 4,000 jobs.

So far, 12 states in the US have expressed their interest, creating huge competition to become the home of the Toyota-Mazda factory.

The companies will brief their boards within a few weeks about the potential locations and a decision is set to me made by the end of this year.

The factory is set to open in 2021, and is at present the only new car plant to be announced under the Trump administration. The President has called for more cars to be produced in the US: at present, Mazda imports all cars sold in the states.

It is thought this kind of opportunity will not come up again in the foreseeable future for an American state, since the production of traditional fuel vehicles is set to decrease in line with new environmental pledges and quotas.

According to Kristin Dziczek, director of industry research and the Center for Automotive Research in Ann Arbor, Michigan: “There haven’t been any big prizes like this in a while, and there isn’t expected to be any more for some time as overall auto production plateaus.”

This will prompt yet more competition which Toyota and Mazda are expected to use to their advantage in order to benefit as much as the expected $1bn if not more from their chosen state.