Surf&#039;s down for Australian retailers 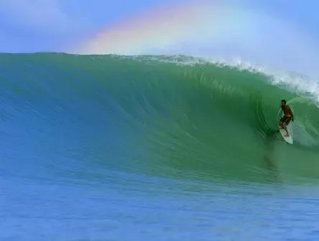 It has been suggested that Rip Curl could seek about 10 times its forecast fiscal earnings of A$48 million for 2013.

Rip Curl, founded in 1969 by friends Doug "Claw" Warbrick and Brian "Sing Ding" Singer near the surfing haven of Bells Beach, southwest of Melbourne, is one of the three largest global surfwear brands.

The company said it has appointed Bank of America Merrill Lynch to assess the merits of introducing an investor to the group.

“We have recently received unsolicited approaches from several international organisations which have indicated a desire to invest in our company,” Rip Curl said in a statement.

It added that unaudited revenues and earnings for the year to June had increased over the prior year, in contrast to general surf industry performance.

Rip Curl competes with Billabong and Quiksilver Inc, which was also founded near Bells Beach in 1969 but listed in the United States in 1986.

Billabong, which is struggling after a debt-fuelled global expansion just before the financial crisis hit, has had two takeover offers worth $700 million, from U.S. private equity firm Bain Capital LLC (of Mitt Romney fame) and from TPG Capital. Both are examining Billabong's books.

Rip Curl is a manufacturer and retailer, with stores in Australia and New Zealand, the United States and Canada, Europe and South America. It has one main brand, unlike Billabong, which owns many brands.

Its founders took over an old house in the seaside town of Torquay and bought a pre-World War II sewing machine to start production of wetsuits, according to the company's web site.

The owners are now aged 68 and 70 and are considering their options for the business, having had approaches over the past decade.