Smaller Pay Increases on the Horizon for Australians 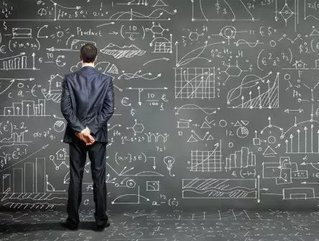 Australians expecting to receive a high pay increase in the new financial year could be disappointed according to a nation-wide survey of pay movements released today by global management consulting firm, Hay Group.

The 2013 Australian Salary Movement Index (ASMI) report has predicted the average pay increase for the coming 12 months across all sectors will be 3.5 percent. This is the slowest growth rate seen since the GFC, showing a sign of cautiousness within the Australian market.

Hay Group Senior Consultants and co-authors of the ASMI report, Steven Paola and Trevor Warden, believe the volatility impacting the Australian business environment has led to more austere pay increases. “The prevailing weaker business confidence has resulted in a more conservative approach to salary movements. Workers expecting increases to be similar or even higher than in recent years may be disappointed, and employers now need to think outside the ‘pay square’ when it comes to attracting, energising and retaining talent,” said Paola.

The most visible impact of this volatility has been the pay movements in the Resources sector. For the previous 12 months, Resource industries saw comparatively modest increases of 4.8 percent, a rate that is closer to the rest of the market. This slowing trajectory mirrors the weakening conditions in the Resources sector, impacted by the high Australian dollar; global uncertainty and the sharp fall in commodity prices.

Yet due to dramatic pay rises over recent years, many roles in Mining, Oil and Gas will continue to sit well above average in terms of actual pay levels for some time. This means that jobs in the Resources sector, particularly specialist technical roles and those in remote locations, continue to attract considerable pay premiums. Jobs in Mining Operations, Exploration and Petroleum Engineering currently command Total Annual Reward premiums 30 per cent above the market average.

As a result, the ‘hottest jobs’ in terms of pay growth can be found in Western Australia.  When compared to the national average salary, jobs in regional Western Australia earn 21.9 per cent higher (compared with 16.8 percent the previous year).

Meanwhile, jobs in regional Queensland earn a premium of just 3.4 percent in Total Annual Reward. This contrast with Western Australia may be attributed to the fact that Queensland mining jobs are located close to regional centres, rather than in remote parts of the State. For this reason, workers do not require such high wages as enticement to overcome geographic and social isolation.

The report also reveals that bonuses are widely used to motivate and reward performance with around 62 percent of admin and operational roles and 85 percent of executives having a bonus component of some form within their total package.

Interestingly, actual bonus payout rates are below the set target across all employee groups – a trend that has been steady for some time. The Financial Services sector achieved the highest number of employees receiving a bonus with a rate of 82 percent (compared with 58 percent for other sectors).

“The pay packet is perhaps the most tangible way organisations can communicate what is valued, attract the best people, recognise employee contribution and motivate improvements. So it is vital not simply to set the bar correctly, but to continually monitor and adjust pay on an ongoing basis,” said Paola.

Given the relatively small increase in fixed annual reward that is forecasted for the coming quarters, retaining talent and incentivising performance through traditional pay-related measures may require a rethink.

“It is clear from this report that the market differs substantially across jobs, sectors and geography, hence organisations need to focus on understanding the market that they compete in and apply the appropriate monetary and non-monetary rewards that best fit,” explained Warden.

“Organisations needs to move beyond pay and focus on creating the right atmosphere with the right balance of monetary and non-monetary rewards to drive productivity, performance, engagement and loyalty,” recommends Warden.