More than half of the UK's $2.8mn 'golden visas' go to China 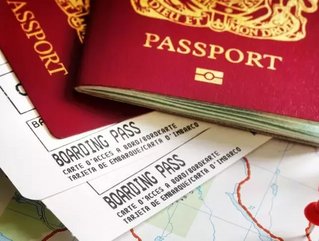 A huge proportion of ‘golden visas’ given out by the UK are going to China, recent figures have illustrated. This could mean that Brexit is less of an issue for Chinese investors than first thought.

The figures were reported by the Financial Times on Wednesday, citing LJ Partnership, a wealth firm, as the source of the data.

The UK gives citizens from overseas the change to gain a ‘golden visa’ in exchange for investing heavily in the country, a controversial move which some say allows the wealthy to ‘buy’ citizenship. However it’s in no doubt that this is bringing capital into the UK economy at a time of economic uncertainty.

Trans Pacific Partnership: could the UK look to Asia after Brexit?

According to Verdict, a total of $28bn was invested into the UK economy by Chinese investors last year.

Investors get the right to live in the UK in exchange for assets and investments totalling £2mn ($2.8mn), and then after three years a further investment is necessary.

In 2017, 355 golden visas were issued, with 116 (56%) of these going to investors from mainland China. This does not include Chinese territories like Hong Kong which have also invested in the UK.

Investment of £5mn ($7mn) or more after three years gives people the right to settle permanently in the UK, while they can apply after just two years of residence if they invest £10mn ($14.1mn).

At first, China was wary of Brexit, but according to Charles Filmer of LJ Partnership, Brexit is becoming somewhat of a non-issue for Chinese investors with a UK interest.