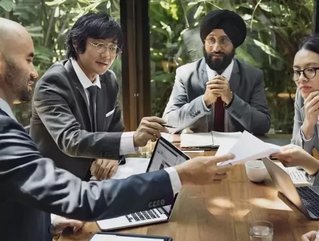 A recent report by McKinsey Global Institute (MGI) states India could add $770bn to its annual gross domestic product (GDP) by 2025 by working toward gender parity. This would be an increase of 18% on current figures.

According to the Times of India, this would constitute the “largest relative opportunity in Asia Pacific” while the largest GDP opportunity is China which could stand to grow its GDP to $2.6trn, marking a 13% increase.

The report put the potential global GDP increase at 11%. 70% of potential growth was said to come from increasing women’s participation in the workforce.

Insight: tech underpins a new wave of CSR in India

MGI calculated a Gender Parity Score for each country. It included 15 indicators of gender equality in the workplace and three in society, including: essential services and enablers of economic opportunity; legal protection and political voice; and physical security and autonomy.

India was given a GPS of 0.3 in the report compared to the Asia Pacific average of 0.44. McKinsey India states, according to the Times, that India would need to raise the current level of women’s labour-force participation by 10 percentage points, adding some 68mn women to its workforce.

Currently, women form 24% of the labour force and account for 18% of GDP, however 97% of these female workers are engaged in informal work – which can often indicate fewer hours and lower pay than formal employment.

According to the Economic Times, the report states: “There is a strong link between societal attitudes that limit women’s potential and gender-equality outcomes in any given region.”

The report refers to the World Values Survey where 45% of respondents in Asia said that men should have more rights to a job over female candidates if jobs were scarce. This compared to 39% globally.