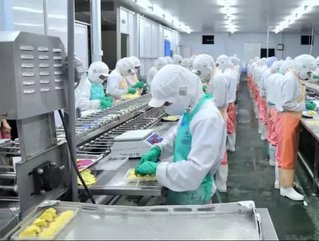 Recent analysis from Standard Chartered strongly suggests that Vietnam’s economy is expected to grow by 6 percent in 2016 and then 6.6 percent in 2017, with strong support coming from the Southeast Asian country’s manufacturing and construction sectors.

Chidu Narayanan, Standard Chartered’s Asia Economist, said: “We believe Vietnam is still an attractive destination for investment, and expect strong FDI inflows to continue in H2-2016. We think the country is one of the few prime investment opportunities in an otherwise lacklustre global economy.

“FDI inflows are likely to remain strong in H2 on still-strong interest from multinationals, supporting the manufacturing sector. We expect both registered and implemented FDI to be higher in 2016 than in 2015. However, export growth may moderate in H2 on weak demand from the West, after steady growth in H1.”

He also expects CPI inflation to edge up in H2 on better domestic consumption and a low base effect, and that headline inflation will average 2.6 percent in 2016 and 4.0 percent in 2017.

He added: “The State Bank of Vietnam (SBV) has kept Vietnamese dong (VND) daily fixings steady since the move to daily fixings at the beginning of the year. We expect a steady VND in H2, supported by continued FDI inflows.

“We forecast that the currency will remain on the weak side of the trading band, and expect it to rise towards 22,500 at end-Q3 on a higher USD before ending the year at 22,400.”

According to data from Gartner, manufacturing production is currently down by less than a percentage point, but could well rise in line with cyclical growth as seen in previous years.