LNG on the rise as one of Australia's top exports 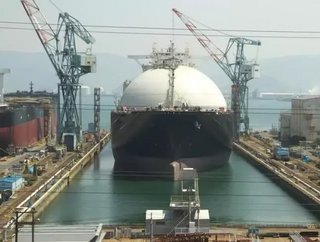 Annual shipments of LNG are expected to rise to over $50 billion over the next five years, however, iron ore will continue to lead all export revenues at around $60 billion by 2020.

Australia is expected to rival Qatar as the largest supplier of the natural gas around the globe by 2018. With the help from Chevron and Royal Dutch Shell Plc developing Aussie projects to supply Asia’s demand, Australia is getting help from LNG despite rising energy prices that may hurt the industry’s returns.

Recently, Origin Energy sent its share price up nearly four per cent in a sign that its $24.7 billion Australia Pacific LNG project in Curtis Island Queensland is just about ready. The joint venture with United States’ Conoco Phillips reached a key point in the process this week when it began loading the necessary refrigerants to start the plant.

The project, named APLNG, is one of four major LNG enterprises in Australia and is putting the nation in position for a large swell in gas exports. The start of shipments will add considerable revenue for Origin in the 2015-16 financial year, after the company’s credit rating was downgraded to the lowest investment grade of BBB- back in April.

After the British oil and gas company BG Group exported its first shipment from its Queensland plant in January, Origin’s APLNG and nearby rival Santos’ GLNG project are competing to be the next venture to send out shipments. In addition, Chevron’s US$54 billion Western Australia Gorgon project is also set to ship its first cargo later this year.

Over the next six months, LNG prices could drop as far as $7 per million British thermal units before leveling off between $8-10 due to weaker demand in Japan and South Korea. Australia’s dominance of the LNG market as well as the country’s rise as an emerging energy power may also impact the nation’s foreign policy down the line.

Although foreign policy fallout hasn’t yet come to fruition, decreases in oil prices along with more oil supply and low demand due to little economic activity could impact oil and gas investment in Australia.

Still, Aussies appear to be on the path toward becoming the world’s new energy superpower.