Is the Philippine economy on a growth footing? 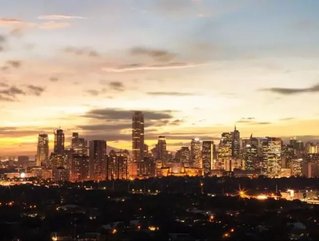 According to the FocusEconomics think-tank, the Philippine economy will grow more over six percent in the next two years.

But with the value of the Philippine peso reaching a seven year low, how serious can this prediction be taken?

FocusEconomics highlighted that economic measures instigated by the new Philippine Government under Rodrigo Duterte will boost domestic demand through expansionary spending. It said in a statement: “Expansionary fiscal policy as well as solid domestic demand should drive another year of healthy growth in the economy

“The Philippine economy performed robustly in the first half of the year and economic activity was supported by strong domestic demand.”

Duterte’s government has promised to widen the country’s budget deficit to three percent next year using increased spending on infrastructure. The deficit cap for this year had also been widened to 2.7 percent of GDP from the original two percent.

But the sentiment is certainly not universally rosy among investors, politicians and economists. Alongside a number of concerns over the next US federal budget and yet to be finalised oil predictions there remains one elephant in the room: Duterte himself.

Following his outbursts at recent UN meetings – not to mention his aggressive anti-drug legislation –a number of high-spend investors and funds have sold their shares in their Philippine interests.

Speaking to Bloomberg about the drop in the value of the Peso, Jeffrey Halley, a market strategist at Oanda Asia Pacific Pte said it was: “mainly due to politics, with the Philippine president’s ongoing war on drug dealers and his intent to seem to alienate all of their major trading partners,”

“Any rally would be quite short-lived in the peso this week just until the political situation clarifies a lot more. We also have the first US presidential debate coming up and I think it’s quite a big event that hasn’t really been priced by the market.”

On the other hand, Finance Department spokesperson Paola Alvarez said: “If one were to ignore the political noise generated by certain groups, one could clearly hear the voices of continued optimism over President Duterte’s commitment to bring real change through the implementation of transformative reforms not only in the economy but on the peace and order front as well.

“Confidence remains high on the capability of the Duterte administration to deliver on its commitment of inclusive growth.”

It remains to be seen whether Duterte’s anti-US stance will stand the test of time, or whether the new President will be forced to change his position for political and economic convenience. Since he is reaching out to Russia and China for potential investors, it could very well be that he is looking to stick to his words.