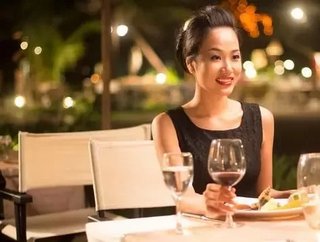 As Australia’s winemakers look to take advantage of growing demand in Asia, the country’s largest wine company Treasury Wine Estates (TWE) is leading the charge toward taking over the new market by unveiling its 2015 Penfolds collection at a recent extravagant party in Shanghai.

With Wine Australia releasing its export figures last week, it revealed Asia has become Australia’s largest export market for win, surpassing North America. Wine exports to China have increased in the past year by 47 per cent up to $313 million, with the most expensive brands shooting up 54 per cent to $50 per litre.

The numbers have improved in Japan as well, with export volumes going up a whopping 388 per cent since the bilateral free trade deal took away the tariff.

Although Asian consumers have raved about the quality and uniqueness of Aussie wine, the craze will be much different than the resources boom it’s beginning to replace when iron ore was trading over US$180 a tonne.

However, trend will be beneficial for large global brands such as Nike, Apple and IKEA, which are eagerly waiting to make big, risky investments in China. Melbourne-based TWE is following a similar path to that of Nike by increasing spending to support its brands.

TWE is using this opening to continue moving past its difficult financial stretch of 2014, as the company posted its first annual loss due to slower sales in China and oversupply in the U.S. market. However, the wine manufacturer has had a profit of $77.6 million in 2015 amid its strong growth in Asia.

In addition, TWE has recently agreed to purchase the majority of the UK’s Diageo’s wine businesses for $552 million. Diageo owns Johnnie Walker, Smirnoff vodka and Guinness among others, while it also has the popular UK wine Blossom Hill as well as several vineyards in the U.S.

Diageo is selling its wine brands as part of a business shakeup, as last week the company announced it was releasing its stakes in two beer brewers to Heineken.

“This acquisition will transform our U.S. business into a larger player of scale in the high-growth U.S. market,” said TWE CEO Michael Clarke. “The additional supply (of wine) will be a game-changer for our U.S. brands, providing us with an immediate opportunity to step-change our growth in the U.S., Canada, Asia and Latin America.”