Going Down Under for Business 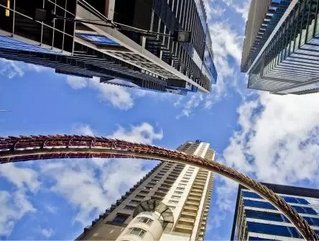 If you’re looking for ways to expand your business, it’s natural at some point to look beyond the borders of the United States to opportunities that are available in foreign markets.

Often overlooked is Australia, which offers one of the world’s most welcoming climates for business and investment.

Its relatively remote location -- more than 7,500 miles from Los Angeles, the closest mainland U.S. city -- probably explains why Australia is not usually at the top of the list for American businesses.

But it’s well worth the extra effort and time involved in going Down Under because of the rich business rewards that Australia offers.

After all, vastly improved communications and transportation technologies truly have made the world a smaller and much more closely connected place.

One of the factors that makes Australia particularly attractive to businesses in the United States -- and those in other English-speaking countries -- is our common language. True, Australian English has some distinctive expressions unfamiliar to Americans, and vice versa, but that poses no significant obstacle to communication.

The commonality of language alone makes doing business in Australia far easier than it would be in, say, Indonesia, another far-flung foreign market.

Face-to-face, telephone and written communications can be easily conducted with no need for translation services. Sensitive documents, such as business contracts, need not be translated before business transactions can be finalized.

Australian culture has some charming and unique qualities but in its essence differs little from that of the United States.

Horror stories have been written about business deals that went up in smoke or were at least temporarily derailed when an American business executive unknowingly -- and quite innocently -- breached local etiquette in a country with cultural norms quite unlike those of the United States. That’s not likely to happen in Australia.

But there are plenty of other reasons to do business in Australia. Not least of which is Australia’s welcoming attitude toward foreign investment.

We Play by the Same Rule

Australia is a member of the Organization for Economic Cooperation and Development, an international organization designed to help its members tackle the economic, social and political challenges of living in a globalized economy.

The Heritage Foundation ranked Australia third in its 2011 Index of Economic Freedom. The U.S.-based think tank noted that “Australia has a strong tradition of openness to global trade and investment, and transparent and efficient regulations are applied evenly in most cases.

An independent judiciary protects property rights, and the level of corruption is quite low.” In 2011 the World Bank ranked Australia as the second-easiest place to start a business, and the country consistently comes in near the top of the list on the bank’s annual Ease of Doing Business Index.

Unlike many countries troubled by political unrest, Australia has a stable, democratically elected government. Political violence is virtually unheard of, and those who differ with government policies have a right to peacefully demonstrate, much as is the case in America.

Among the many other factors that make Australia a great place to do business is the relative absence of corruption, with strong laws in place to discourage corrupt practices, and its legal and corporate framework, which is similar to that of the U.S.

Still another strong reason for doing business with Australia is the U.S.-Australia Free Trade Agreement, which took effect on Jan. 1, 2005.

Under this bilateral accord, Australia eliminated its duties on more than 99 percent of all U.S. manufactured goods coming into the country. The elimination of these duties allows U.S. exporters to be more price-competitive in the Australian market against both local manufacturers and goods from other countries that still must pay a duty to enter the Australian market.

Yet another reason to consider doing business in Australia is the island country’s proximity to some of the fastest-growing markets in the world -- those of Southeast Asia and the southwestern segment of the Pacific Basin.

Setting up shop in Australia helps to position companies that hope to expand into these promising markets.

Additionally, having an office in Australia gives American companies a base from which to promote the advantages of buying in the U.S.A. not only to Australians but to consumers throughout the region.

As you can see, doing business Down Under does have its advantages.

Don Amerman is a freelance author who writes extensively about digital media, corporate strategy and buying in the USA.