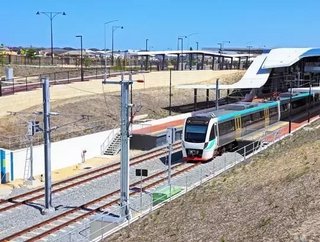 The opposition Labor government has pledged $700mn to the Morley-Ellenbrook METRONET line in Perth, placing pressure on the Turnbull administration to match or better its commitment.

The announcement from Labor Leader Bill Shorten comes after $20mn was allocated in the 2017-18 state budget to begin detailed planning and design work on the project. The Morley-Ellenbrook line will serve Perth's rapidly growing north-eastern suburbs, connecting them to world-class public transport, reducing road congestion and creating jobs.

Construction of the project is set to get underway in 2019, with an aim of finishing sometime in 2022.

Western Australia’s Transport Minister Rita Saffioti said: “The Morley-Ellenbrook line is the missing spine in our rail network; it will ease road congestion throughout the north-eastern suburbs and create local jobs.

"After years of broken promises and inaction by the previous Liberal National Government, we have had to start from scratch on this project. We have got straight to work and begun the necessary planning to deliver another election commitment."

The Morley-Ellenbrook line is part of the $2.5bn METRONET project, which has already suffered a setback after plans for a freight link were abandoned.