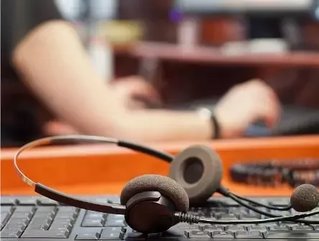 In a move to create more jobs in Tasmania, $4 million will go towards doubling the number of employees at the Kingston Vodafone Hutchison call centre.

Prime Minister Julia Gillard announced the plan yesterday, saying it will not only create telecommunications jobs – 750 total over the next 12 months – but also additional positions in the construction industry as the Huntingfield site is expanded. In order to encourage Vodafone to expand offshore operations, the Tasmanian government will fork over $850,000 to cover infrastructure costs and provide a perk to new employees by waiving their payroll tax.

"In addition to the direct employment which would flow from this proposal, there will be significant additional benefits from the building and operation of new infrastructure and the flow on effects to the local economy," she said. "This is a vote of confidence in the abilities of local employees to provide the level of service required by Vodafone to meet its customer needs."

Julie Collins, the federal member for Franklin, the electorate where the Vodafone centre operates, said, “Tasmanians are telling me that they want more job opportunities and more economic activity and that is exactly what we've been able to deliver here."

While supporting the local economy, Vodafone customers will enjoy the ability to speak with someone locally, among other benefits. "We've been listening to our customers," said Vodafone chief executive officer Bill Morrow."Australians want fast, reliable coverage, they want consistent, high quality service, and they want the confidence to use their mobile without worrying about the cost.

Overall, the project offers an example of how well-planned partnerships can effectively boost the Tasmanian economy.

Premier Lara Giddings said, "This is great example of state and federal Labor working together with the private sector to grow jobs and opportunities for Tasmanians.”