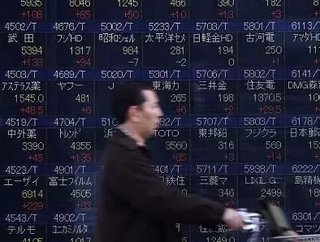 Roughly $17 billion could now flow into Chinese stocks after MSCI said it will add Chinese A shares to its benchmark emerging markets.

MSCI announced yesterday that it was in favour of adding A shares to the firms emerging markets index, which is tracked by an estimated $1.6 trillion. As a result, non-Chinese investors that follow the MSCI Emerging Markets Index must buy Chinese A shares to match the updated version of the index.

Chin Ping Chia, head of research for Asia Pacific at MSCI, said on a conference call that an estimated $17 billion to $18 billion could flow into Chinese A shares.

MSCI also made the decision to add 5 percent of the floating market cap for 222 China A shares, which will eventually give China a weight of 0.73 percent in the emerging markets index. Stocks on the list include the Bank of China and Tsingtao Brewery.

China already has the largest weighting in MSCI’s Emerging Markets Index at nearly 30 percent, but the index only includes Hong Kong and U.S.-traded shares of Chinese companies. For the last three years, the company has decided against adding the mainland traded stocks.

MSCI plans to add the A shares in a two-step process next year, following reviews in May and August 2018.