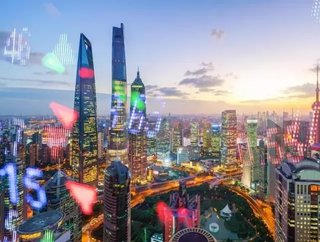 The People’s Bank of China, China’s central bank, has announced that will cut banks’ reserve requirement ratio (RRR) by 1% to free up US$110bn for economic growth
This change will take effect on 15 October 2018.
South China Morning Post said that banks will use $65bn of this to repay their own debts to the central bank while the remaining cash will be available for lending and investment.
Chief economist of China Citic Bank International, Liao Qun, said that this measure is a defensive reaction to the effects of the US-China trade war, ensuring growth continues while uncertainty and friction with the US is ongoing.
Xie Yaxuan, China Merchants Securities’ chief economist, said the move’s timing is certainly “to offset the shock from declines in global stock and bond markets to the domestic economy” experienced in recent months.
See more:
The trade war began in June as US president Donald Trump added billions of dollars’ worth of tariffs to Chinese exports, and Beijing hopes the RRR reduction will go some way to mitigating the economic impact of these tariffs.
"The PBOC will continue to take necessary measures to stabilize market expectations and keep the foreign exchange market running smoothly," the central bank said.
The Economic Times added:
“The RRR cut will cover the yuan deposits of large commercial banks, share-holding commercial banks, city commercial banks, non-county rural commercial banks and foreign banks.”
People's Bank of ChinaPBOCUS trade warCitic Bank
Share
Share